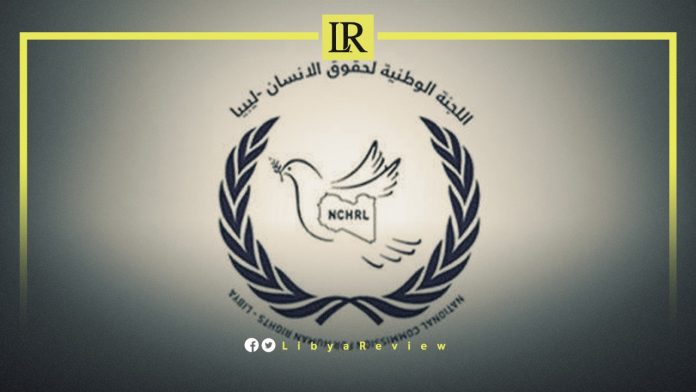 The National Commission for Human Rights in Libya (NCHRL) denounced all the measures taken and are being taken by the Presidential Council regarding national reconciliation.

In a statement, the NCHRL said, “on Thursday, January 12th, 2023, the activities of the preparatory forum for national reconciliation, led by the Presidential Council, concluded, nearly two years after it took over the reins of power. The meeting was attended by the head of the United Nations Support Mission in Libya (UNSMIL), and a number of Libyan personalities that were chosen by the Presidential Council, at a time when neither the organisers nor Abdullah Al-Lafi have any previous or recent role in everything related to national reconciliation.”

The statement added, “the meeting concluded how the opening is anonymous, without the flag of the State of Libya and no national anthem being played, after 11 years have passed since February 2011. We express our regret at all this waste of money and time in return for the survival of entities created by Stephanie Williams for as long as possible.”

It continued, “the real men of national reconciliation did not attend, and the problem in the country has nothing to do with ideological differences. It is entirely related to the presence of these bodies that control the political scene without a popular base, and clear external support for it. This made it easy for it to become a professional in corruption and plunge the Libyan state into difficulties, problems and bottlenecks that have no other. The country needs development instead of corruption, and then the Libyans will reconcile without the presidential office and others.”

The statement noted, “this preparatory meeting will not have any role in any national reconciliation as they claim. It will not establish anything, and it is inked on worn papers. These ideas could have been presented at the beginning of 2012, not now, and we ask our people not to seek solutions from these beings who usurp power, and who stand in the way of not holding elections with all the support they have from external parties and international intelligence.”