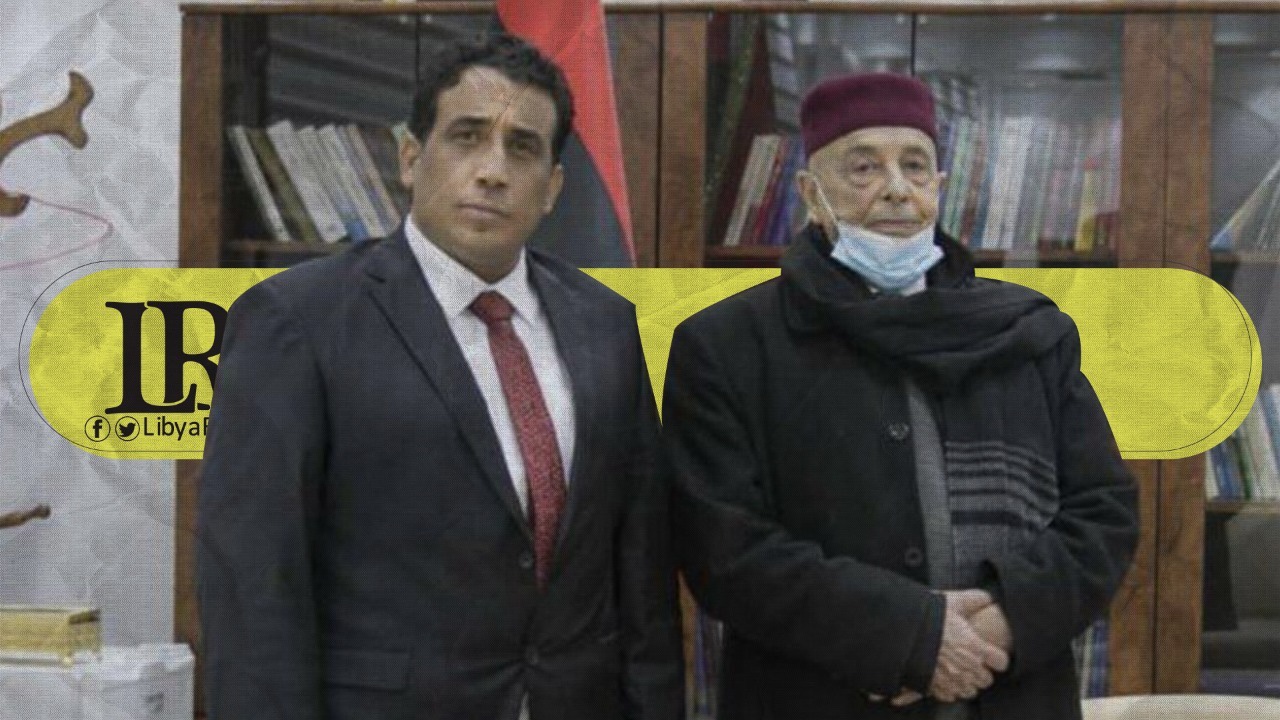 On Sunday, Libyan Parliament Speaker, Ageela Saleh, held a meeting with the newly elected Head of the Presidency Council, Mohamed Younes Al-Mnifi in Al-Qubba city. They discussed granting the vote of confidence to the new government during the coming days.

Mohamed Younes Al-Mnifi was elected to head the Presidency Council of the interim government and Abdul Hamid Dbeibeh as its Prime Minister. Mossa Al-Koni and Abdullah Hussein Al-Lafi were also voted on the three-man Presidency Council.

Earlier today, Al-Mnifi arrived in the eastern city of Al-Bayda, where he also met with a number of parliamentarians representing the city as well as other local officials.

Al-Mnifi’s visit to the city is his third to the eastern region in the past three days. He had visited Benghazi and Tobruk on Thursday and Friday.

During his visit to Benghazi, Al-Mnifi said his tenure will mark the beginning of “the journey of work for the sake of the nation, its unity, and its territorial integrity and the reunification of our people throughout Libya.” He also met with the commander of the Libyan National Army (LNA) Field Marshal Khalifa Haftar.

Upon his arrival in Tobruk on Friday, Al-Mnifi pledged to advance national reconciliation and unify the country’s military establishment.

Earlier this month, Libya’s rival political groups agreed to form an interim unity government to lead the country to elections this December.