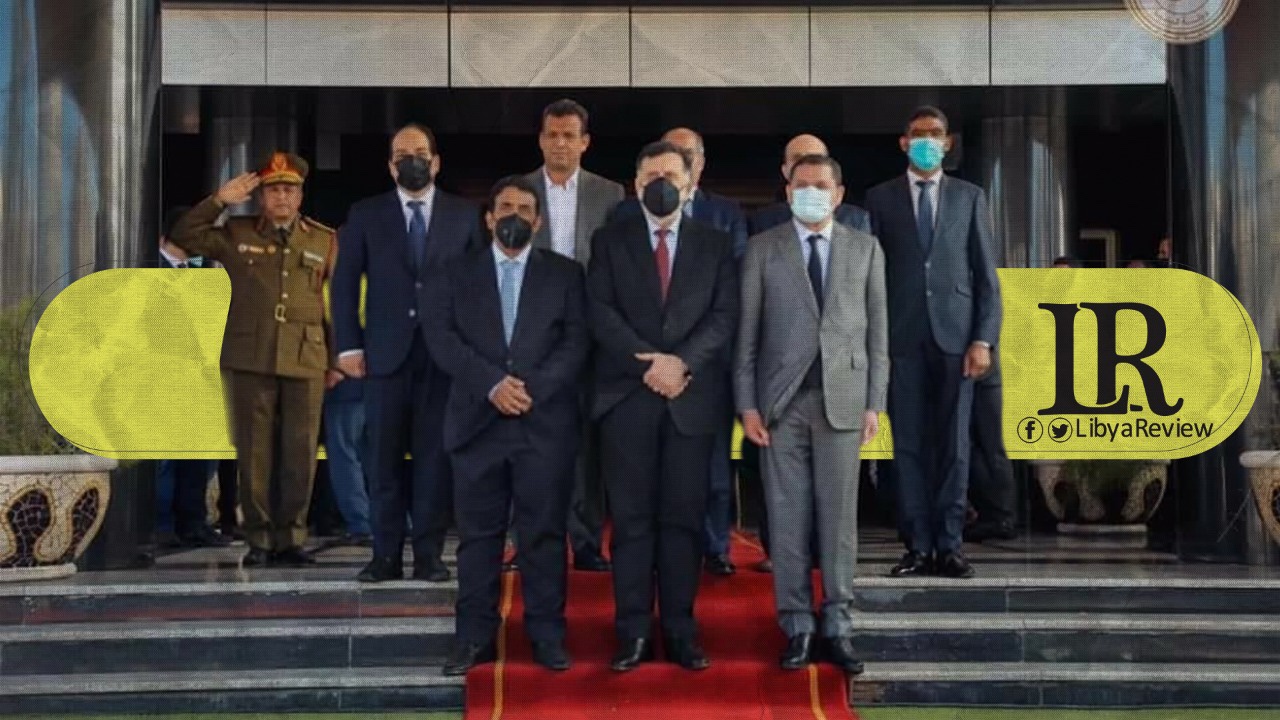 On Tuesday, a handover ceremony took place between the Head of the newly-elected Presidential Council, Mohamed Al-Mnifi, and Prime Minister of the Government of National Accord (GNA), Fayez Al-Sarraj.

The ceremony was attended by the Prime Minister of the Government of National Unity (GNU), Abdel-Hamid Dbaiba and members of the GNA’s Presidential Council Ahmed Maiteeq, Ahmed Hamza, Mohamed Ammari Zayed, and Abdel-Salam Kagman.

At the beginning of his speech, Al-Mnifi thanked and praised Al-Sarraj for the work undertaken during his tenure, despite the numerous difficulties he faced.

Al-Mnifi stated that “today is a historic day for Libyans to consolidate the principles of a peaceful transfer of power.” He stressed the Council’s endeavour to unify state institutions and establish a comprehensive national reconciliation program.

“We will work on preparations for the upcoming elections on 24 December of this year. We will hand over power on time, as we promised all Libyans from day one,” Al-Mnifi concluded.