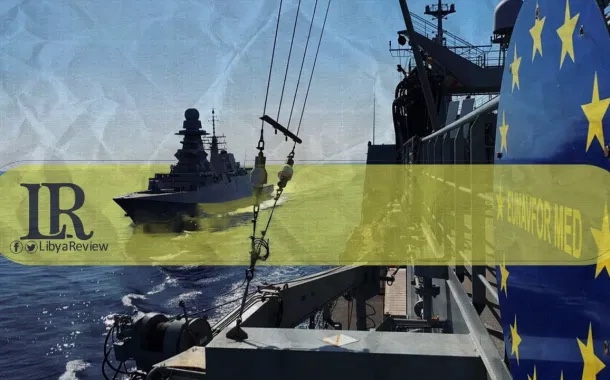 The decision was taken in the wake of the Strategic Review of the operation carried out by the Political and Security Committee.

In this context, the Council defined the practical arrangements more precisely for the disposal of items seized by the operation when implementing the United Nations (UN) arms embargo on Libya.

Last week, the EU’s High Representative for Foreign Affairs and Security Policy, Josep Borrell, said that the IRINI operation carried out 1.3 thousand maritime patrols and 100 inspections in an amicable manner, to verify that ships are free of weapons before entering Libyan ports.

Borrell also called for ending the violations committed by all parties and demanded that they respect the UN mandate for the operation.

Europe is seeking to obtain a UN mandate to add the air control clause to the ceasefire within the tasks of IRINI, as well as focus on building capabilities through training the Navy and the Coast Guard of Libya.

The EU-led IRINI operation was launched on the 31st of March 2020, shortly after the Berlin Conference on Libya in January 2020, as a concrete contribution on the part of the EU to the process set up by the international community to support the return to peace and stability in Libya.

Its core task is to contribute to the implementation of the UN arms embargo on Libya, established by the UN Security Council Resolution 1970 (2011), through the use of aerial, satellite and maritime assets.