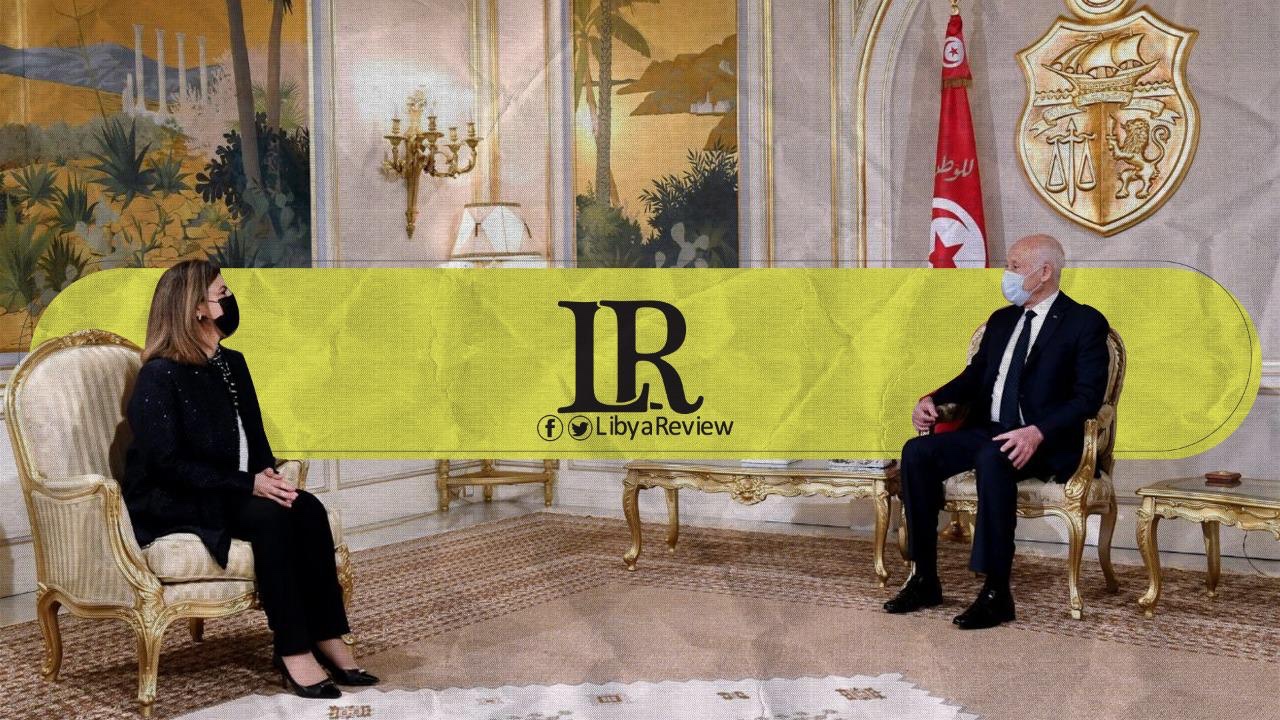 On Wednesday, Tunisian President; Kais Saied received the Minister of Foreign Affairs of the Libyan Government of National Unity (GNU), Najla Al-Mangoush. They discussed bilateral relations, and the distinguished partnership between Tunisia and Libya, as well as the prospects for their development and diversification.

Al-Mangoush recalled the historic visit of the Tunisian President to Libya in March, and the strong and important messages it carried. She conveyed the greetings of the Head of the Presidential Council, and the Prime Minister of the GNU, and their “desire to work diligently and seriously in order to strengthen cooperation with Tunisia.”

Al-Mangoush pointed out that she was keen to make Tunisia her first foreign destination visit since assuming her duties, “as a message of gratitude to Tunisia for its positive and honourable role during the Libyan crisis.”

Saied confirmed that “the firm will of the two countries to meet the current challenges will enable all obstacles to be overcome.” He pointed out that “the fate of Tunisia and Libya is one, and their goals are the same.”

The President called for strengthening cooperation according to non-traditional visions, perceptions, and mechanisms. As well as establishing “strategic partnership formulas with new thinking and high hopes for a better future for the two brotherly peoples.”

Saied praised the positive political developments taking place in Libya thanks to the will of its people, and reiterated Tunisia’s willingness to “continue putting its experience and expertise at the disposal of the brothers in Libya to support their efforts in the success in upcoming events.”