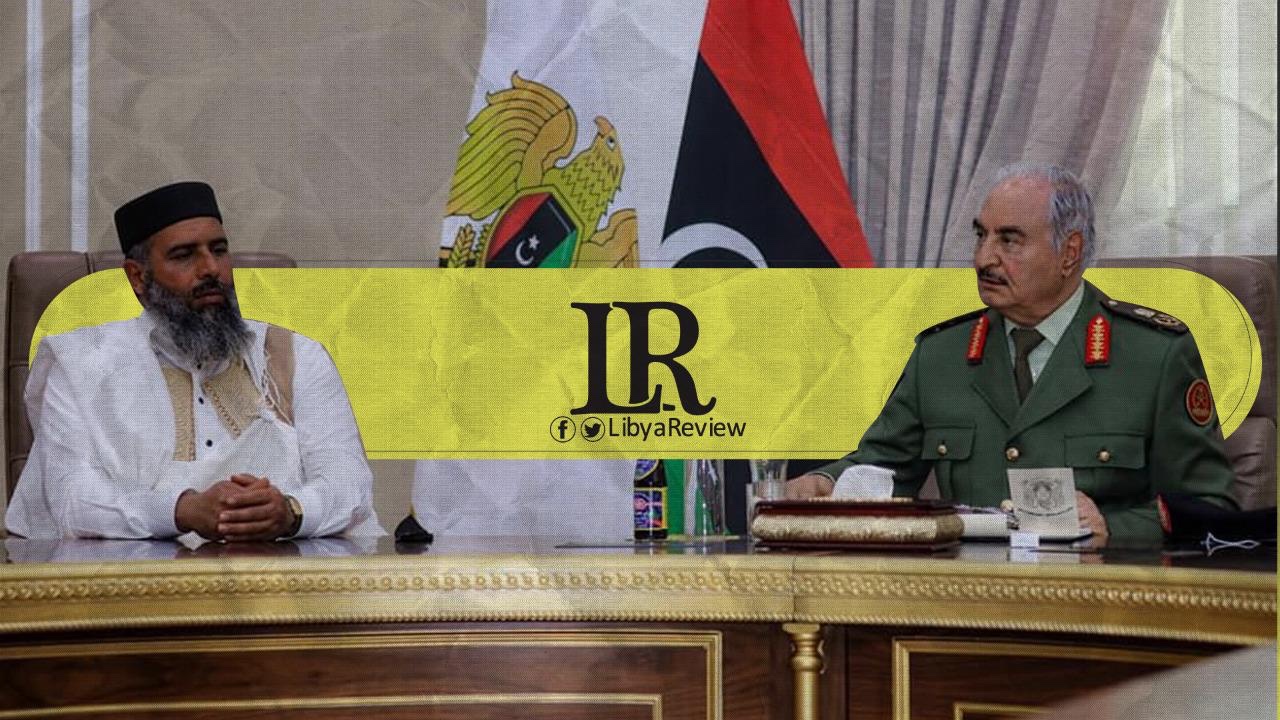 On Sunday, Commander-in-Chief of the Libyan National Army (LNA) Field Marshal Khalifa Haftar held a meeting in Benghazi with a tribal delegation from the city of Zintan.

In a statement, the General Command said that Haftar commended the great role played by residents of Zintan, reiterating his thanks and gratitude for their efforts and support for the LNA. He also reviewed efforts made by the armed forces in coordination with security services, to maintain security in areas under its control.

The delegation, in turn, reiterated its full support for the LNA’s war on terror, “affirming their full appreciation for all the efforts exerted by the military establishment, in the east, west, and south of the country,” the statement noted. They also praised the General Command’s efforts to establish peace, unify national institutions, and combat terrorism and illegal immigration across Libya.

In November, Haftar ordered the formation of a security room for the Greater Benghazi region. The room is headed by Lieutenant General Abdel-Razek Al-Nadhouri, the LNA’s Chief of Staff, and includes the Interior Minister as well as a number of senior officers.

The operation aims to enforce law and order as well as maintain security across the city. Included in the operations tasks are the elimination of crime, weapons control, and the arrest of all groups affiliated with the military and security establishment, found to be abusing their power.

Notably, Zintan is one of the largest cities in northwestern Libya, situated roughly 136 kilometers (85 mi) southwest of Tripoli. The city and its surrounding area have a population of approximately 50,000.