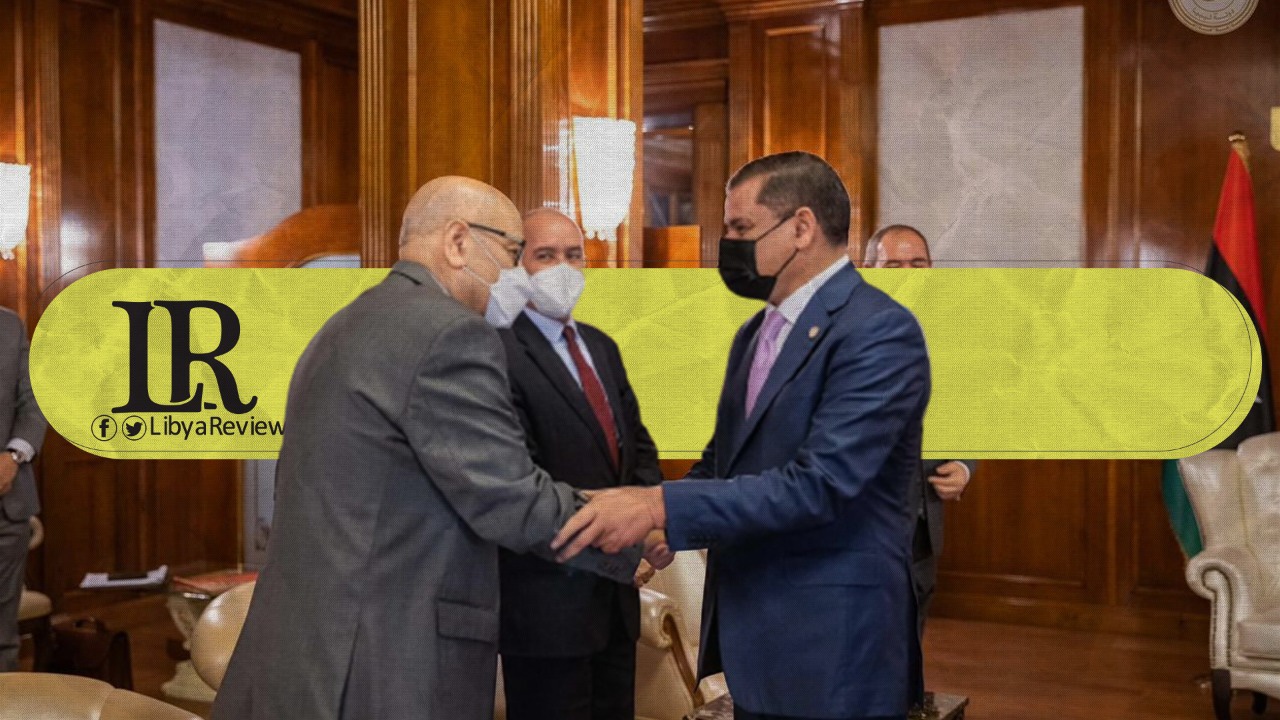 The meeting, which was held at the Prime Minister’s Office, dealt with intensifying coordination and political consultation on various issues of common concern.

Dbaiba’s media office said in a statement that, it was agreed to continue coordination and consultations on confronting threats to the security of the region, such as “terrorism, transnational organized crime, drug smuggling, arms trade, and illegal immigration.”

“During the meeting, the importance of expediting the holding of preparatory meetings for the 14th session of the Joint Higher Executive Committee was emphasized,” the statement added. The statement pointed out that Libya is working on reactivating the Maghreb Union, and calling for a meeting of the member states at the level of foreign ministers.

Earlier today, the Algerian delegation met with the Head of the Libyan Presidential Council, Mohamed Al-Mnifi, in Tripoli. Boukadoum affirmed his keenness to restore security and stability to Libya, and support the Libyan parties in facing the current challenges