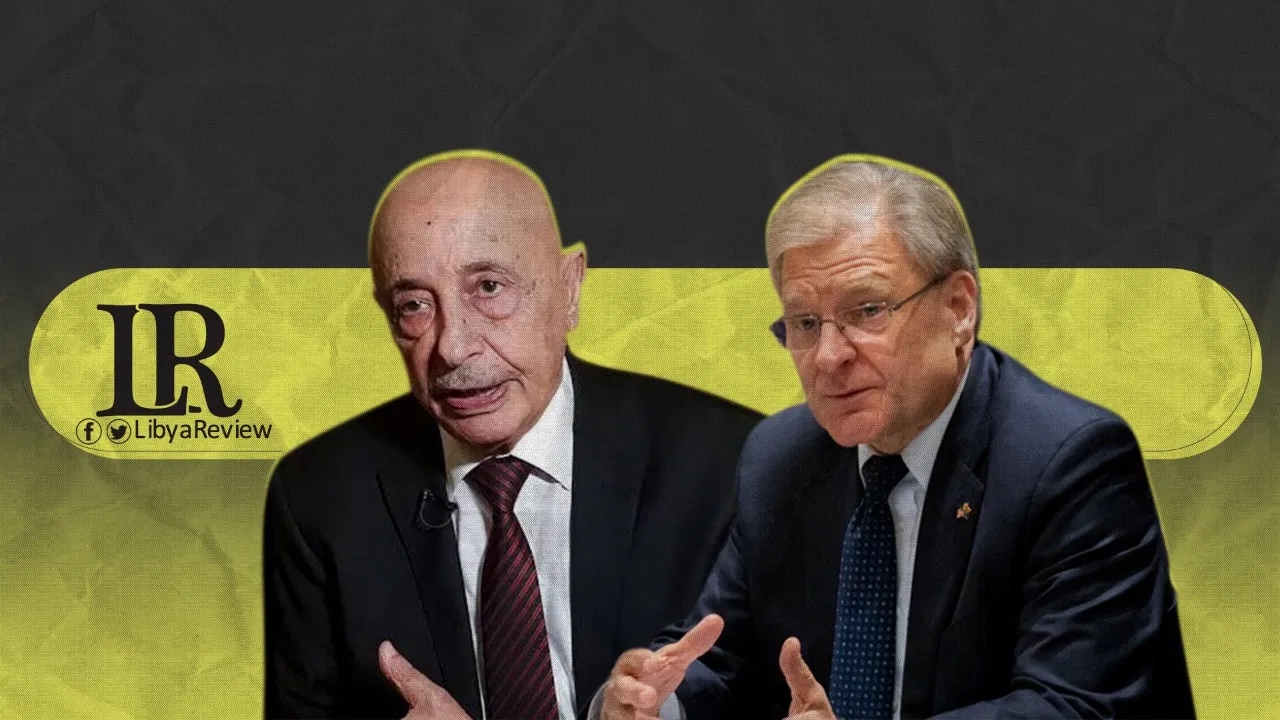 The United States (US) Ambassador to Libya, Richard Norland, welcomed the House of Representatives’ (HoR) support for holding the national elections as scheduled on December 24th.

This came in a phone call with the Speaker of Parliament, Ageela Saleh, to discuss the progress made on the elections and the budget of the Government of National Unity (GNU). Norland welcomed the efforts made to find a constitutional and legal base to facilitate the elections.

For his part, the Speaker of the HoR gave the US ambassador a briefing on the developments in the negotiations to complete the budget that would address urgent and immediate national needs, according to what was reported by the US embassy in Libya.

In a conversation with the Presidential Council (PC) member, Musa Al-Koni, Norland highlighted the necessity to unite all military elements in the country into one single structure, which could control the country’s borders and protect Libyan sovereignty in general.

Norland expressed his deep appreciation and admiration for the strong popular support for holding national elections on December 24th without delay.

The US ambassador also stressed the real significance of the role performed by the PC in the avant-garde political structures being introduced in Libya.