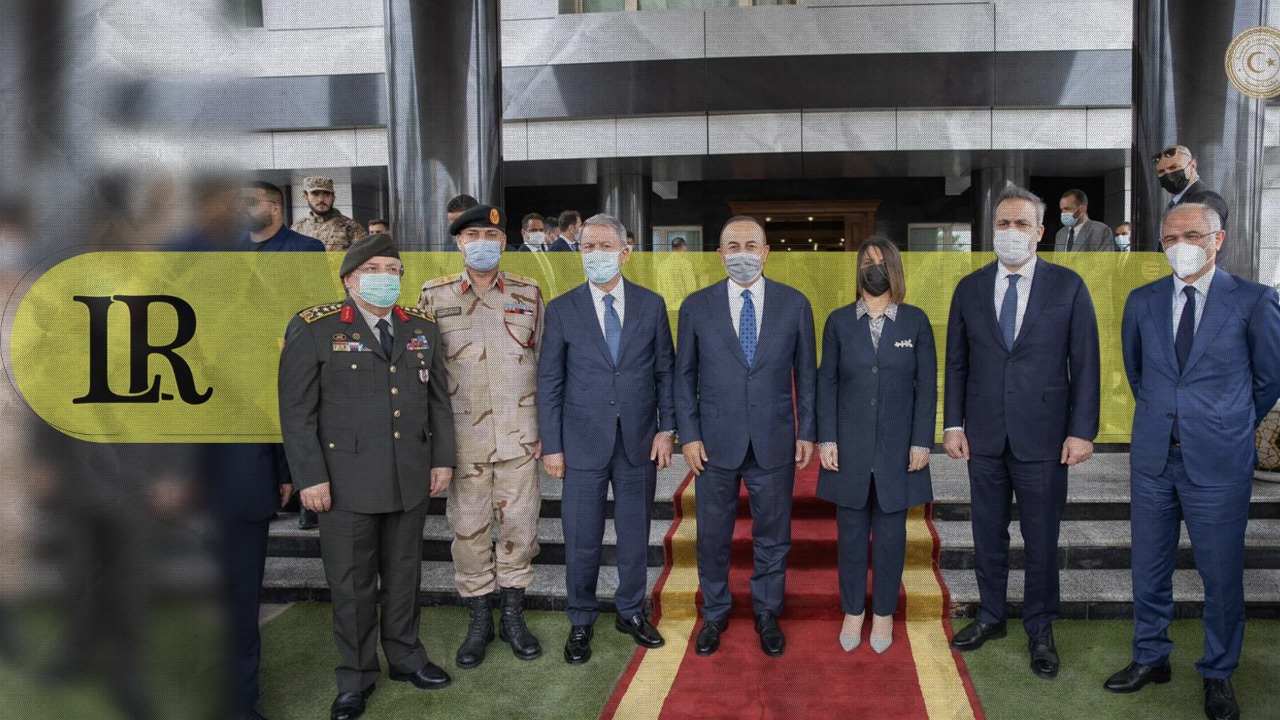 A high-level Turkish delegation consisting of the Foreign and Defence Ministers, as well as the Intelligence Chief, paid a visit to the Libyan capital Tripoli on Monday.

The Turkish Ministry of Foreign Affairs said in a statement that Foreign Minister, Mevlut Cavusoglu and Intelligence Chief, Hakan Fidan are set to discuss bilateral relations, and regional issues. The Chief of General Staff, Gen. Yasar Guler and ruling Justice and Development Party (AKP) Foreign Affairs Deputy Chair, Efkan Ala are also part of the delegation.

Cavusoglu is scheduled to hold consultations with Prime Minister, Abdel-Hamid Dbaiba and Foreign Minister, Najla Al-Mangoush. The Turkish FM will also discuss the activation of the memorandum of understanding signed between the two countries in November 2019.

Earlier, the Turkish Defense Minister had said that the Turkish army would continue to protect its interests inside and outside the country, including in Libya, Syria, Iraq, Cyprus, Azerbaijan, the eastern Mediterranean, and other regions.