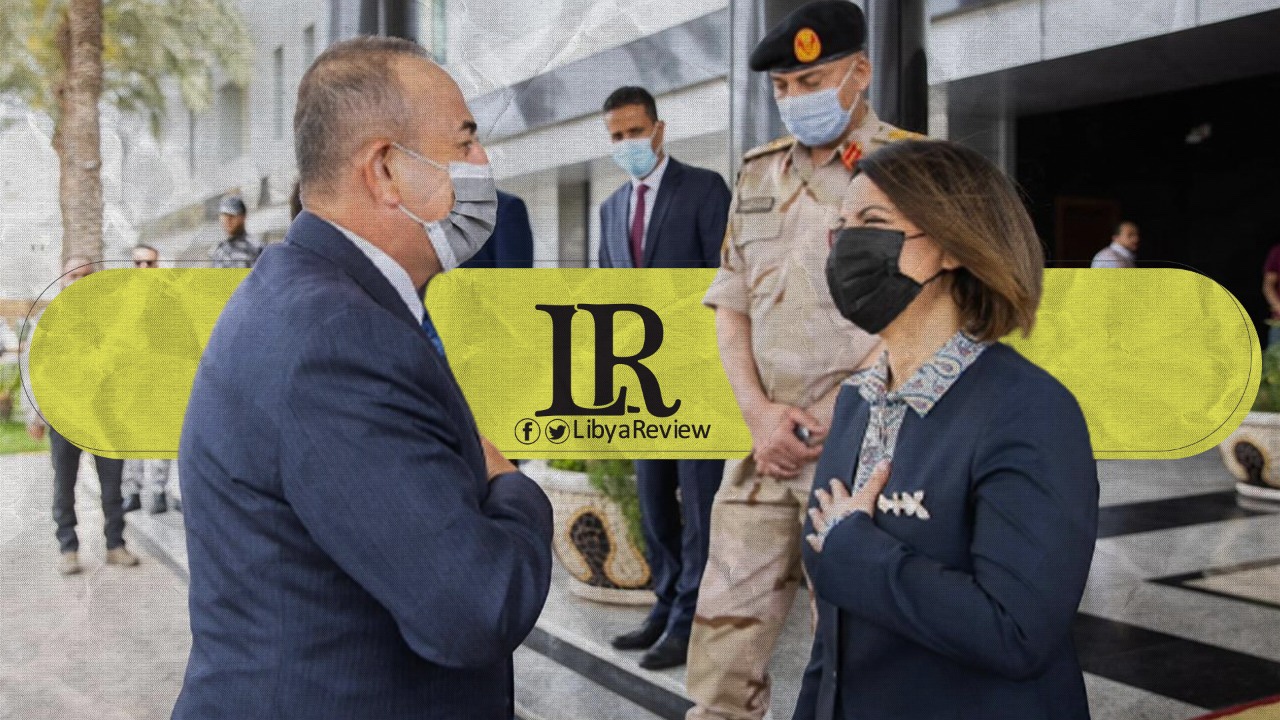 On Monday, Libya’s Government of National Unity (GNU) called on Turkey to cooperate in ending the presence of foreign forces and mercenaries on its territory, and demanded that it contribute to preserving the ceasefire agreement.

During a press conference with her Turkish counterpart, Libyan Foreign Minister Najla Al-Mangoush said: “We call on Turkey to take steps to fully implement the provisions of the Berlin Conference outcomes, and the Security Council resolutions and to cooperate to end the presence of all foreign forces and mercenaries deployed on Libyan soil, in order to preserve the sovereignty of the Libyan people.”

“We also stress the importance of Turkey’s contribution to ending the war and consolidating the ceasefire,” she said. The FM confirmed her keenness in establishing “distinctive development and economic partnerships with Turkey.” She renewed the GNU’s commitment to the outcomes of the Libyan Political Dialogue (LPDF), which would lead to elections at the end of this year.

The GNU and Presidential Council were formed as part of a political dialogue track sponsored by the United Nations, gaining the confidence of the Libyan Parliament in March.

Despite the end of hostilities between the two parties to the conflict, Libya is still facing power struggles, further complicated by the presence of foreign forces and mercenaries. The new authorities, the United Nations, and the international community have repeatedly called for their “immediate” withdrawal.