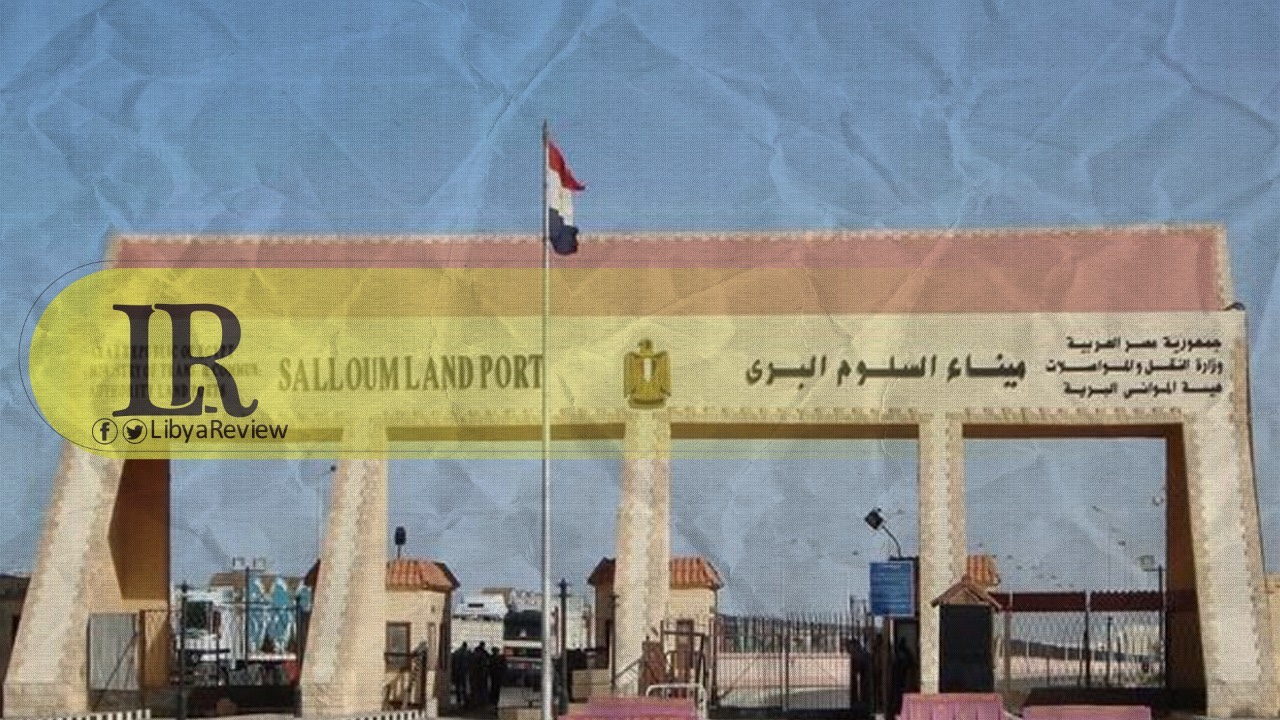 A delegation from the Ministry of Foreign Affairs met with Egyptian officials in Cairo to discuss Libyan demands for facilitating passage and transit through land and air ports for passengers and goods.

The Libyan delegation was headed by Mahmoud Khalifa Al Telisi, the Undersecretary for Technical Affairs at the Ministry of Foreign Affairs. The talks included facilitating the movement of passengers and goods at the Salloum border crossing, and activating previous agreements between the two sides after the situation in Libya had stabilised.

In press statements, the Head of the Joint Libyan-Egyptian Economic Chamber, Ibrahim Al-Jarari, said that the negotiations were very fluid, aiming to achieve immediate and strong gains between the two sides, without affecting securing the borders of the two countries and protecting the national security of the two sides.

Al-Jarari added that the demands of the Libyan delegation from Cairo meant facilitating the movement of passengers and goods at the Salloum border crossing, canceling the fees imposed on the Libyan traveler. The delegation also discussed activating previous agreements between the two countries, and returning previous car fees as was the case before 2011, as well as allowing ambulances to enter all Egyptian cities.

He added that the Libyan side requested the opening of Cairo’s airport to Libyan aviation flights to work on the entry of expatriate workers through the main ports to eliminate illegal migration. The Libyan delegation also demanded to end the fees imposed on the passage of Libyans through the Salloum border crossing, especially since they are not included through entering any other port.

Regarding the demands of the Egyptian side, Al-Jarari said that they included talking about debts owed by the Libyan authorities and the Libyan Automobile Club to Egypt that were not settled due to the division in Libya. He pointed out that the Libyans hope for the return of Libyan cars to Egypt with reduced fees.

The Egyptian side showed a great response to the Libyan delegation and called for another meeting after the Eid Al-Fitr holiday. The Egyptian side expressed Cairo’s desire to respond and rapprochement with Tripoli under the directives of the Egyptian President Abdel Fattah El-Sisi.

This comes a week after the meeting of the 13th session of the Joint Egyptian-Libyan Consular Committee on May 4th and 5th, at the headquarters of the Egyptian Foreign Ministry. The meeting dealt with the conditions of citizens residing in the two countries.