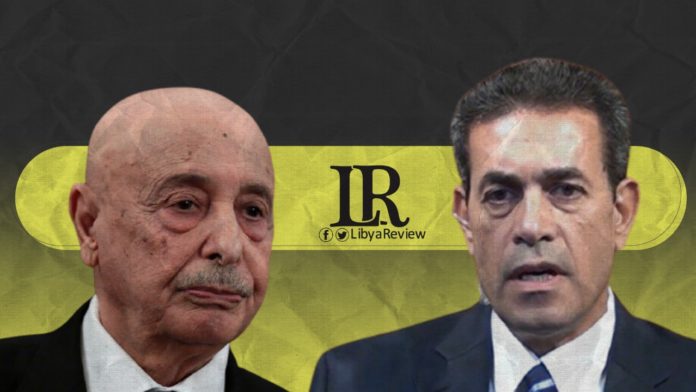 The Head of Libya’s High National Elections Commission (HNEC), Emad al-Din al-Sayeh, said that he met with the Speaker of Libyan Parliament, Ageela Saleh, who expressed his support for the elections and HNEC. Al-Sayeh added that Saleh assigned him to prepare the parliamentary and presidential elections projects.

HNEC noted that the commission is currently working on the December 24th election projects, and after two weeks they will be handed over to the Speaker of Parliament.

During an interview with “Al-Wasat” channel, Al-Sayeh added that he is in contact with the speaker of the parliament, but there are Members of Parliament (MPs) who accused him of working and helping foreign countries, and in return.

The Head of the Election Commission explained that Sudan benefited greatly from the Libyan experience. They talked neither about a constitutional referendum or elections, and they are content with forming a government and a Presidential Council until the affairs of the state are stabilized.

“Unfortunately we like for them to impose on us the Iraqi experience, where a constitution was enacted and a referendum was enacted in light of the conditions of a non-state there. Today Iraq does not have any constitution, so is it logical to repeat the same mistake by transferring the Iraqi experience and marketing it in Libya, and that results in divisions and wars?”

He stated that, “I think that the allocated sums will not meet the completion of the electoral process scheduled for December 24, it can only meet the preparation process. Al-Sayeh explained that this budget is spent on rehabilitating the offices of the commission throughout Libya, in addition to rehabilitating and training the personnel that will be involved in the electoral process.”

Al-Sayeh pointed out that the Commission has not yet contacted the Government of National Unity (GNU) about the additional sums.

Al-Sayeh emphasized that HNEC will present its estimates regarding the additional funds once the budget is approved and the vision is clear about the future and type of the electoral process scheduled to take place on December 24th.