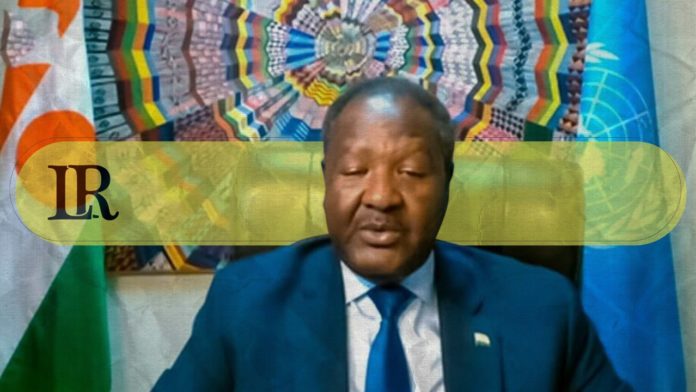 Niger’s Permanent Representative to the United Nations (UN), Abdou Bari, called on the Sahel countries and Libya to strengthen security coordination between them in order to control the security situation in the region and prevent the spread of terrorist organizations.

In his speech at the Security Council session on Libya on Friday, Bari stressed the importance of developing a plan “to end the presence of foreign fighters in Libya.”

“We fear that the arms being silenced in Libya may resound again in the Sahel,” he stressed, citing several recent deadly incidents in Chad and noting that the region’s borders remain highly porous.

Meanwhile, the UN Envoy for Libya, Ján Kubiš called for a sequenced withdrawal of all foreign forces and mercenaries from Libya with monitoring provided by the United Nations Support Mission in Libya (UNSMIL).

Kubiš affirmed the need to uphold the arms embargo, adding that Libya’s armed groups are threatening security beyond Libya’s borders. He confirmed that the ceasefire continues to hold, despite the efforts to remove foreign mercenaries from Libya “have stalled.”