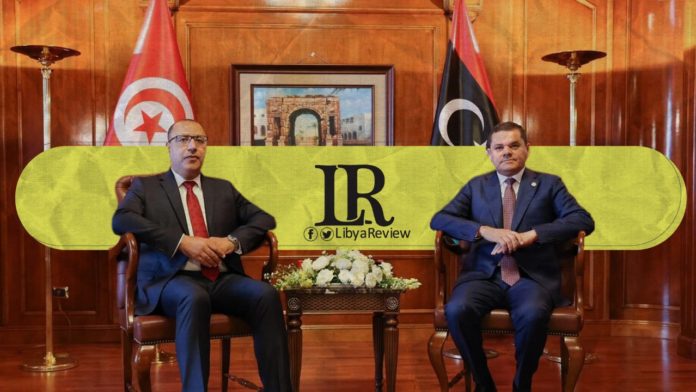 On Sunday, the Libyan Prime Minister Abdelhamid Dbaiba and his Tunisian counterpart, Hichem Mechichi, inaugurated the activities of the Libyan-Tunisian Economic Forum. The event was attended by a number of Ministers of both countries, and will last for three days taking place on the Tripoli International Fair Grounds.

The two Prime Ministers toured the exhibition halls, during which they were briefed on the products included in the exhibition pavilions of a number of companies in several sectors, including construction, infrastructure, tourism and foodstuffs.

Notably, over 170 Tunisian entities from diverse sectors and over 1,200 Tunisian participants arrived in Tripoli yesterday to take part in the Libyan-Tunisian Economic Forum.

The event, opening today, will continue until the 25th of May and is being held at the Tripoli International Fairgrounds.

Organizers hope Tunisia and Libya could become the gateway for international companies into the Sub-Saharan African market.