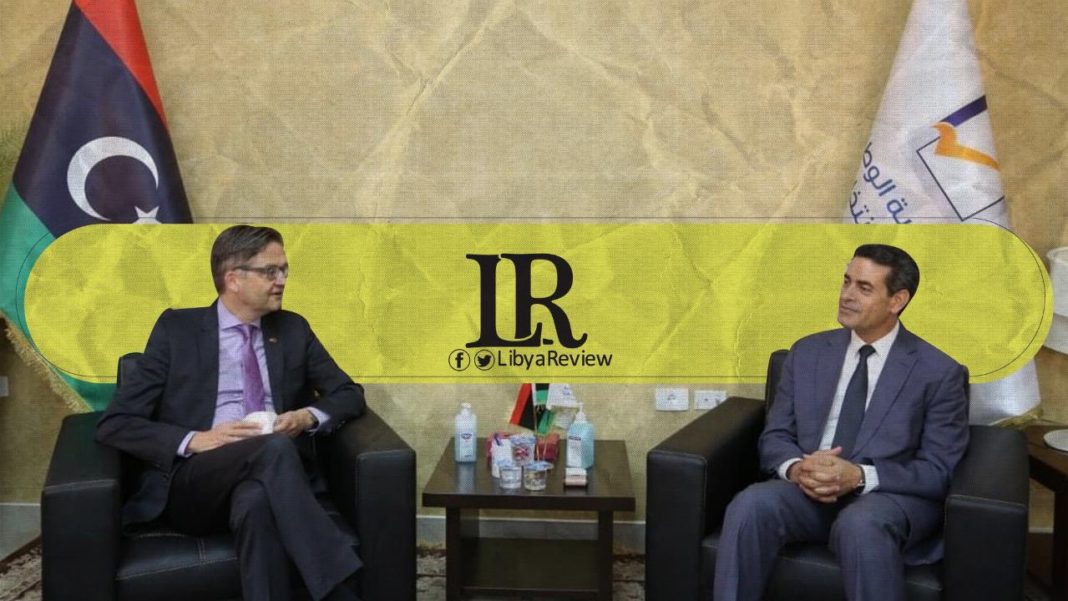 On Monday, Head of the High National Election Commission (HNEC), Emad Al-Din Al-Sayeh received the German Ambassador to Libya, Oliver Owcza at the HNEC headquarters in Tripoli. The meeting reviewed the latest developments in the political scene, and the commission’s preparations for the December elections.

According to a press briefing by HNEC, they discussed the technical and advisory support that the German government is able to provide to Libya.
The two parties also discussed cooperation to overcome obstacles that the electoral process may face. As well as how to achieve success that meets international standards for elections, and achieves the highest levels of professionalism.

In press statements to the Al-Sharq Al-Awsat newspaper, Al-Sayeh referred to the need for consensus between the political parties on the electoral process. He pointed out that HNEC had no relationship with anyone running for the country’s presidency. He said HNEC was only concerned with fulfilling the conditions for a candidacy that is in line with the electoral laws.

Al-Sayeh expressed his concern over the current political climate in Libya, and how it could impact the date of the schedule.

He said the lack of trust among political parties has contributed significantly to the political crisis that Libya has been going through since 2011. Al-Sayeh also stressed that foreign intervention has also played a major role in encouraging an atmosphere of distrust. Together, he said, these factors may lead to a delay in holding the elections as scheduled, but not cancel them.

“There are new disagreements about the constitution and the mechanism for electing the next President, which prompted the UN envoy to the country, Jan Kubis to say yesterday evening that many of the interventions raised issues, as if they were trying to find solutions to all the accumulated problems in Libya during the past decade,” Al-Sayeh added.