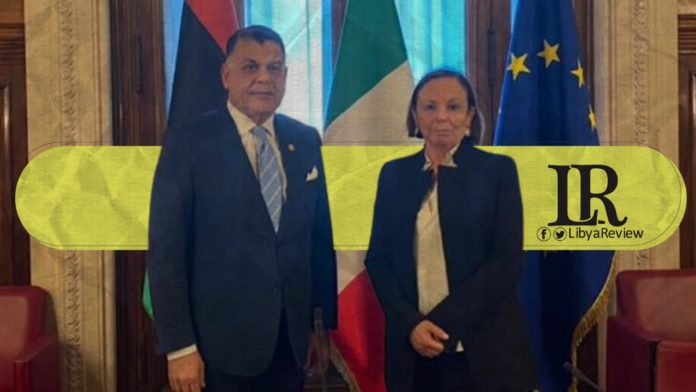 On Monday, Libyan Interior Minister, Khaled Mazen met with his Italian counterpart, Luciana Lamorgese in Italy. During the meeting, the Italian minister affirmed that the Libyan government is facing a number of difficult task in various fields.

“We have previously agreed to strengthen cooperation between the two countries, and that the Government of National Unity (GNU) headed by Abdel-Hamid Dbaiba is facing difficulties in all areas that include development, construction, and progress. Italian companies today are ready to provide assistance to Libya in these projects,” Lamorgese said.

Deputy Director-General for the Mediterranean and Middle East, Alfredo Conte affirmed that achieving stability in Libya and enhancing security are among the strategic goals of the Italian government. He pointed out that the migration crisis, transnational crime, international terrorism, and smuggling were challenges faced by several countries in the region.

He added that all these issues require security cooperation between Libya and Italy.
Mazen praised the offers of cooperation from the Italian government and the private sector. He confirmed the formation of a technical committee to follow up and study all issues related to the Ministry of Interior with Italy.