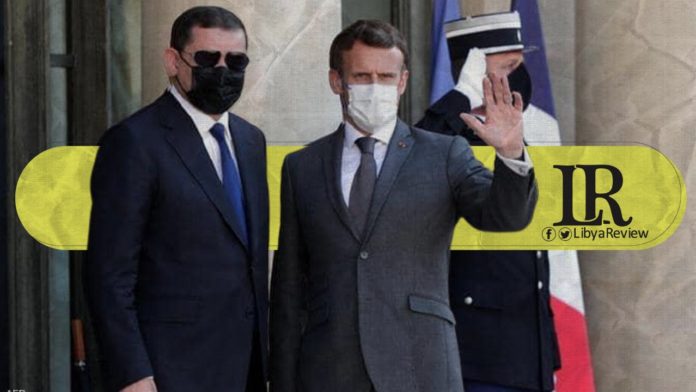 On Tuesday, Libyan Prime Minister Abdel-Hamid Dbaiba met with French President, Emmanuel Macron in Paris for bilateral talks. They focused on providing support for the political transition and ensuring the stability of the North African country.

“We must put an end to all foreign interference, as well as ensure the withdrawal of all foreign mercenaries’ from Libyan soil: the Turkish, the Syrian mercenaries, and all the others,” Macron said in a joint press conference with Dbaiba.

“The talks confirmed our common will to restore Libya’s sovereignty, stability and unity … France has been calling for this transitional path for years and will continue to bear its responsibility towards Libya,” Macron added. He confirmed that Libyans have the right to live in a stable and sovereign country, and this was important for the stability of the entire Mediterranean region.

“The challenges Libya has faced are great, and France is determined to assist you at the security level in implementing the ceasefire in 2021,” the French President claimed.

Dbaiba praised France for its support and vowed to focus on “effective and intense action” to “organise free, transparent and fair elections” at the end of the year.

The two leaders met in the wake of Tuesday’s announcement that Germany and the UN will hold a conference on Libya later this month in Berlin. This gathering aims to bring together powers involved in Libya, and its transitional government.

The Berlin II Conference will follow up on a January 2020 conference, where leaders agreed to respect the UN arms embargo on Libya, and to push the warring parties to reach a full ceasefire.

The agenda for the 23 June conference includes discussions about preparations for elections in December, and the withdrawal of foreign forces from Libya. The countries involved in the process include the five permanent members of the UN Security Council, alongside Italy, Turkey, and the UAE.

The Berlin Conference will mark the first time that the Libyan transitional government is represented at such an event, the German Foreign Ministry said.
It will “take stock of progress” since the first Berlin gathering and discuss “the next steps needed for sustainable stabilization.”

“The main focus will be on preparations for the national elections scheduled for 24 December and on the withdrawal of foreign troops and mercenaries from Libya as agreed in the ceasefire,” the ministry said, adding that “steps towards the creation of unified Libyan security forces will be discussed.”

An October ceasefire that included a demand that all foreign fighters and mercenaries leave Libya within 90 days led to the formation of a transitional government that took office in February.