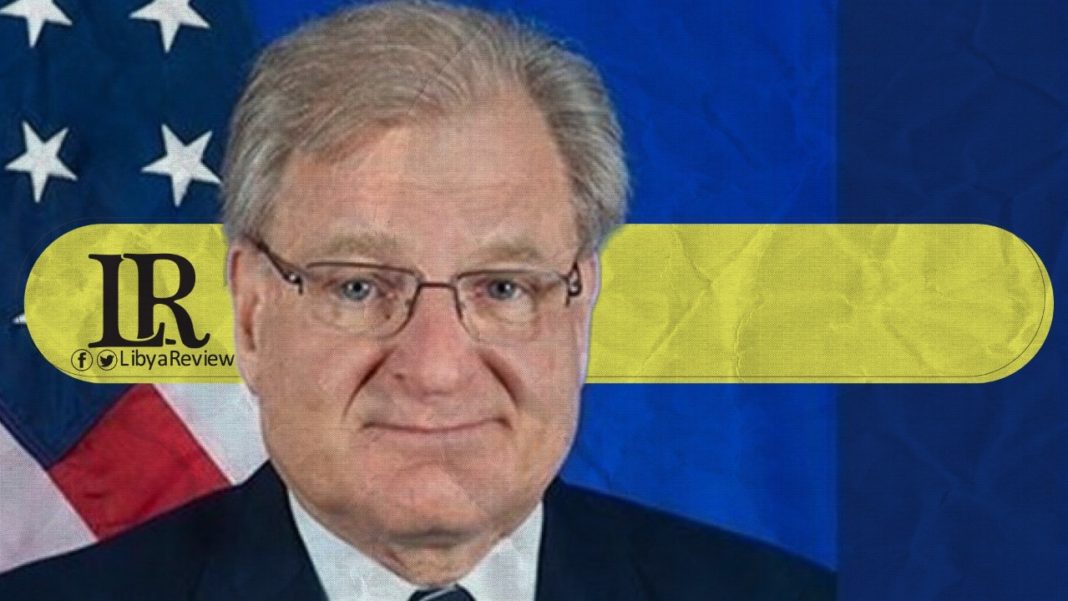 On Wednesday, Ramadan Abu Jnah, Deputy Prime Minister of the Government of National Unity (GNU) received a telephone call from the US Ambassador and Special Envoy to Libya, Richard Norland to discuss the latest developments in Libya.

According to a press release issued by Abu Jnah, the call dealt with a number of issues related to the ongoing political developments in Libya, and efforts to unify institutions, primarily the military. The two confirmed their support for the 5+5 Joint Military Commission (JMC).

The Deputy PM praised Ambassador Norland’s efforts to support and implement the outcomes of the Libyan Political Dialogue Forum (LPDF), and he reiterated his keenness on the importance of strengthening bilateral relations.

The Ambassador stressed the importance of concerted efforts to combat terrorism, and that Washington was looking forward to achieving stability in Libya. He emphasised the need to focus on stabilisation efforts in the southern region, and support for the Berlin II Conference.