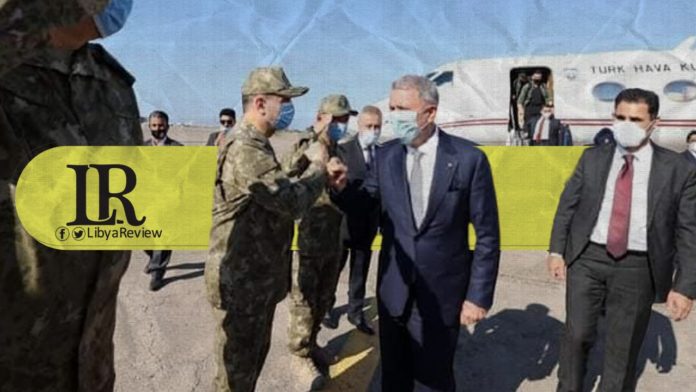 A Turkish high-level delegation landed in Libya for an unannounced visit to the North African country upon the instruction of Turkish President Recep Tayyip Erdoğan, according to an official statement on Saturday.

The visit comes prior to the North Atlantic Treaty Organization (NATO) summit, due to be held on Monday, June 14th, in the Belgian capital Brussels.

During the one-day visit, the Turkish delegation will hold talks with Libyan Prime Minister, Abdelhamid Dbaiba and other top officials. The delegation is also expected to meet with the President of Libya’s Presidential Council, Mohammed al-Mnifi.

The Turkish Defence Minister arrived in Tripoli on Friday evening from Saflia in Italy where he had been meeting with his British and Italian counterparts.

Akar, together with British Ben Wallace and Italian Lorenzo Guerini, discussed cooperation in the fields of security and defence, along with various regional issues.

A Libyan source described the Turkish delegation’s uncoordinated and surprise visit as “abominable far from diplomatic relations between the two countries”, saying that only the Turkish military officials were aware of the trip.