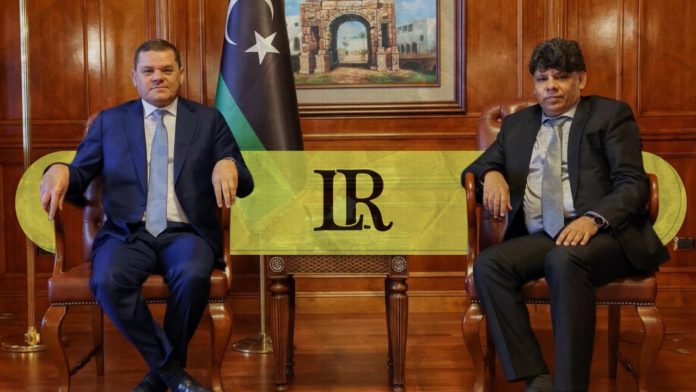 On Tuesday, Libyan Prime Minister, Abdel-Hamid Dbaiba held a meeting with the country’s Attorney General, Al-Siddiq Al-Sour to discuss the obstacles facing law enforcement mechanisms, according to a statement issued by the Prime Minister’s media office.

During the talks, Dbaiba stressed the need to support the authorities’ response to national and international human rights standards, especially in reform and rehabilitation institutions.

The Prime Minister also stressed that the Government of National Unity (GNU) will work to support the Public Prosecution to allow it to perform its duties. He stated that the government is counting on investigations being conducted by the Attorney General’s office to confront the growing phenomenon of financial and administrative corruption in the public sector. As well as noting that this is one of the pillars on which the government is reliant on, to complete reform measures.

Earlier today, Al-Sour called on the Ministries of Interior and Defence to arrest the perpetrators of the recent clashes that took place in the city of Al-Ajaylat, which resulted in the deaths of seven people last week.

The clashes erupted between the Al-Far and Shalfouh militia’s in Al-Ajaylat city, 80KM from Tripoli, with medium and heavy weapons reportedly used during the clashes.