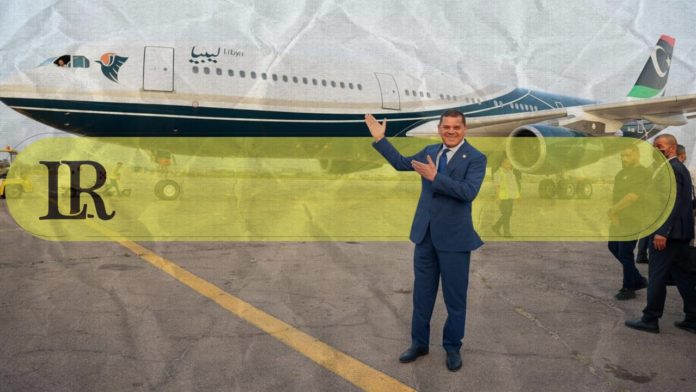 On Sunday, the Prime Minister of the Government of National Unity (GNU) Abdel-Hamid Dbaiba announced that the Libyan Airbus A340 presidential plane, which was previously owned by Muammar Gaddafi, has arrived at Mitiga International Airport in Tripoli, after a stalled eight-year maintenance in France.

In press statements at Mitiga Airport, Dbaiba said that the plane belonged to the Libyan people, and its return to the country is a very important step for restoring national sovereignty. The plane was kept in France due to several financial and administrative obstacles.

The Premier confirmed that the Libyan government had paid all instalments to complete the maintenance of the aircraft, noting that the return of the plane is a positive step for Libya and its security. He also pointed out that there are fifteen Libyan planes still being held outside the country due to overdue financial dues.

Dbaiba also stressed that the government will endeavour to return all Libyan planes from abroad, including two warplanes that are still being held outside the country.

The A340 Airbus had been bought from Saudi Prince Al-Waleed bin Talal for €120 million in 2003, it was damaged during the revolution and was sent to France for repairs.