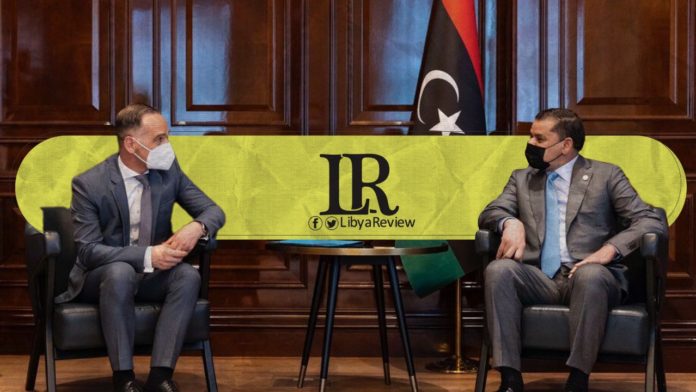 Libyan Foreign Minister, Najla Al-Mangoush also attended the meeting, according to a statement by the German Foreign Ministry. The two sides discussed the ongoing preparations for national elections in December, and the withdrawal of foreign fighters.

Earlier this week, Maas said that the Berlin process has sought to bring an end to the policy of some countries that have fuelled the war in Libya, and provided weapons and cash to the warring parties.

He said in statements to the German newspaper “Die Welt” that the Berlin II Conference aims to give new impetus regarding the elections, and the withdrawal of foreign forces from Libya.

“We understand that, after everything that has happened in Libya in the past, it is not that easy to organise elections. But difficult as it may be, I don’t get the impression from my Libyan interlocutors that they want to postpone or even cancel the elections any longer,” Maas said.