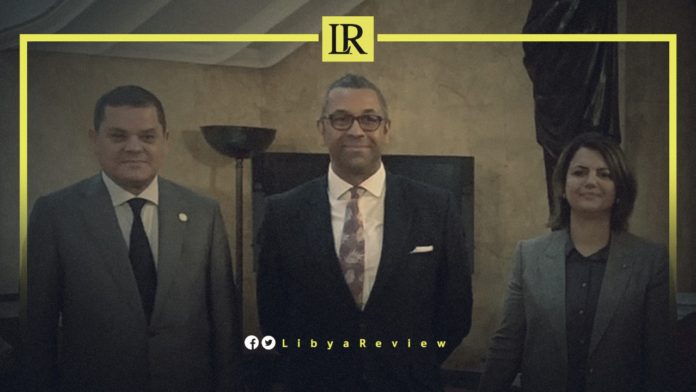 Cleverly said there was huge potential for the UK to work with Libya on its stabilisation, reconstruction, prosperity, and efforts to address climate change.

Dabaiba, accompanied by a delegation, arrived in London on Thursday, after participating in the Second Berlin Conference in Germany.

The Libyan Prime Minister also met with his British counterpart, Boris Johnson, to discuss the exit of foreign mercenaries from Libya, and the reunification of the army.

Cleverly visited Tripoli on 10 June, and during a press conference with Al-Mangoush in Tripoli, called for the withdrawal of foreign fighters from Libya.