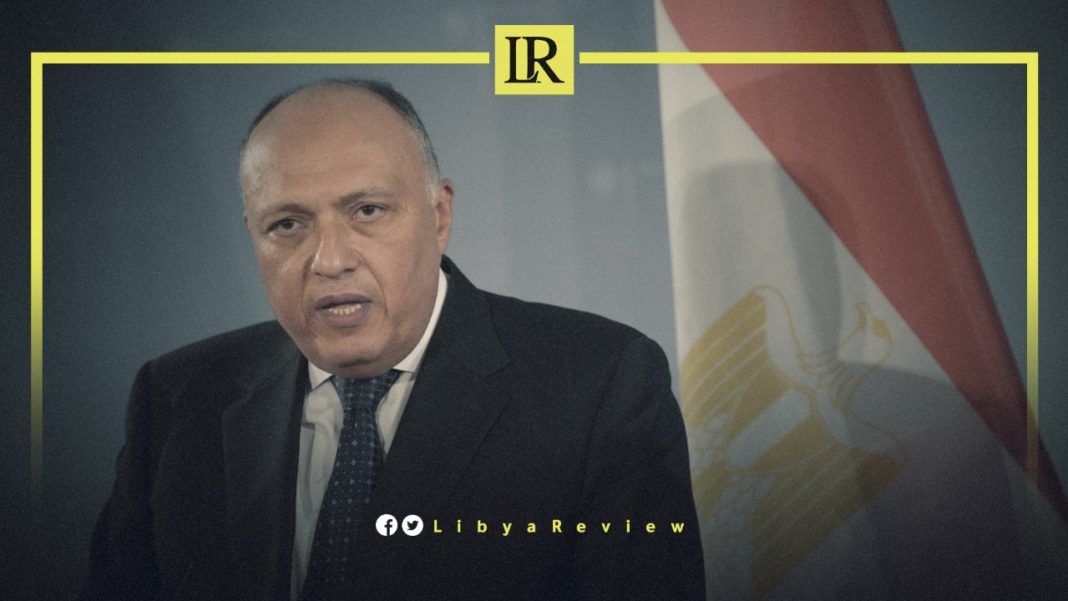 In statements to the MBC Egypt channel on Friday, he demanded the exit of Turkish forces from Libya, contributing to the implementation of the outcomes of the recently held Berlin Conference II.

Shoukry indicated that Turkey’s reservation on the clause regarding the departure of foreign forces in the Berlin Conference II may be an attempt to “legitimize their presence.”

The Berlin Conference II on Libya, held last Wednesday, was attended by 15 countries and 4 international organizations. They demanded the removal of foreign forces and mercenaries from Libya without delay.

The participants also called for a commitment to the decision regarding the implementation of an arms embargo on Libya. They furthermore emphasized the necessity of the implementation of the terms of the ceasefire agreement signed by the Libyan parties last October, as well as the holding of Libyan elections on December 24th.

Turkey expressed its reservations to the fifth item in the statement, which stipulates the expulsion of foreign forces and mercenaries from Libya. Turkey tried to amend it to stipulate the expulsion of mercenaries only. However, the conference participants objected and prevented the amendment from being accepted.