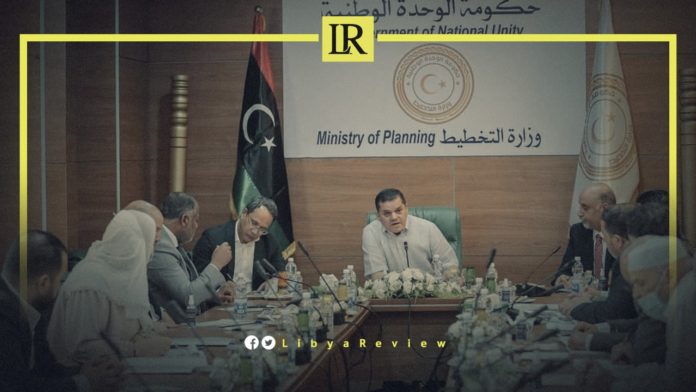 On Tuesday, the Prime Minister of the Government of National Unity (GNU), Abdel-Hamid Dbaiba held a meeting with the Minister of Planning, Fakher Boufrana in Tripoli.

During the talks, Dbaiba instructed Boufrana to provide technical details of the projects proposed in the state general budget, provided that they include all Libyan cities.

Boufrana reviewed the proposed development plan for 2021, which focuses on the oil and electricity sectors, in addition to supporting local development and providing basic services for all Libyans nationwide.

In turn, the PM stressed the need to work at an accelerated pace in order to complete the projects, that are necessary to enhance the development process that has been stalled for years.

Since mid-April, the Parliament has continued to suspend the sessions devoted to adopting the general budget, amid internal divisions over the draft budget submitted by the government.

Earlier this month, it postponed the budget approval session to the end of June, after two days of deliberations. The draft budget was set at 100 billion Libyan dinars (22.25 billion US dollars).