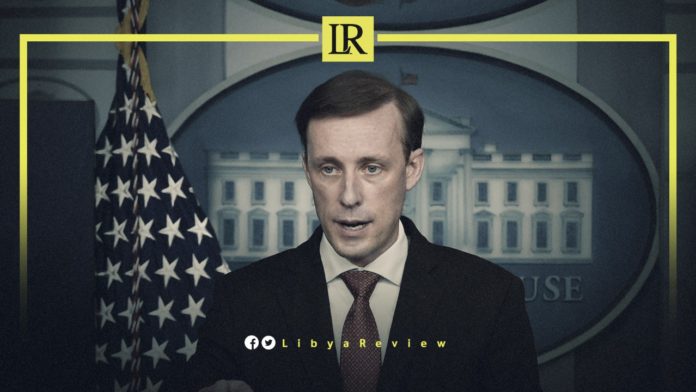 US National Security Advisor, Jake Sullivan said Washington supports the holding of elections in Libya on 24 December 2021, the White House said in a statement on Wednesday.

He commended the work of the Libyan Political Dialogue Forum (LPDF), as its members meet in Geneva this week to finalize preparations for Libya to hold “historic” national elections in December.

“As the Berlin II Conference affirmed that the United States stands together with our Libyan and international partners in full support for holding presidential and parliamentary elections on time,” he added.

Sullivan explained that the elections in the North-African country will enable Libyans to choose their own leaders, and re-establish their sovereignty after years of civil conflict and economic upheaval. “This builds on recent progress with the establishment of the interim Government of National Unity (GNU),” he noted.

He stressed the United States is encouraged by the “positive atmosphere and spirit” of compromise in which the LPDF is meeting, with active United Nations facilitation, to adopt the constitutional and legislative arrangements needed for the elections.

Sullivan affirmed that the US supports the Libyan people as they chart a path toward a more stable, prosperous, and secure future.