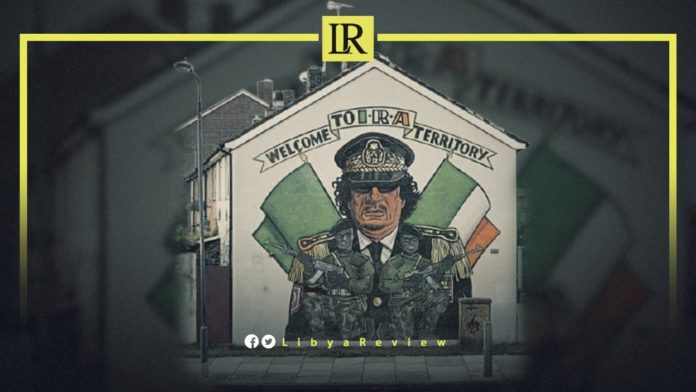 An Irish court has granted the family of a prominent loyalist who was murdered by the Irish Republican Army (IRA) permission to sue the Libyan government over the weapon used in his killing, according to ITV news.

William Kingsberry was shot dead by the IRA in his Belfast home in November 1991. His son Mike was aged just eight at the time, a witness to his father’s killing.

“The bottom line is we wouldn’t be stood here today if the Libyans hadn’t supplied the weapons that killed him,” he said. “We deserve to know the full truth, how that weapon got into the hands of those people – that’s what every family deserves, regardless of who they were,” he added.

Two weapons have been linked to the murders, including an AKM assault rifle. Permission to sue Libya was granted just days ago, with a letter from police confirming an AKM rifle was used key to that decision.

Lawyer Gary Duffy explained: “It was the basis of the court decision – without it, we wouldn’t have been able to get permission from the court to sue Libya. It links the death to the Libyan state.”

In April of this year, some of those injured or bereaved by Libyan-sponsored IRA attacks compiled a dossier for compensation, after the Irish government refused to publish its own report.