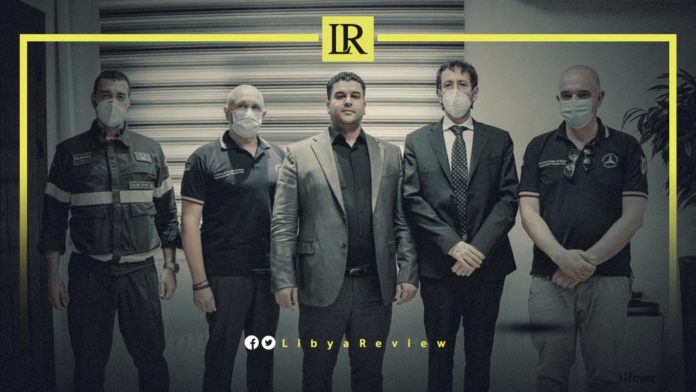 Undersecretary of Libya’s Interior Ministry, Faraj Akim, met with the Italian Consul, Carlo Batori and his accompanying delegation. The two discussed bilateral relations, and the issue of illegal immigration emanating from Libya.

Akim said in a statement, that the two sides also discussed training for Libyan personnel through a joint training project to be held in Italy. He stressed that the MoI, “is seeking by all possible means to eliminate this scourge once and for all,” in reference to the illegal immigration crisis.

Last week, members of Italy’s Five Star Movement party in the Senate Defense and Foreign Affairs committees urged the continuation of cooperation with Libya on migration, claiming that, “Italy cannot suspend its cooperation with the Libyan authorities.”

The Italian party warned of the negative repercussions in the event of non-continuity of support for the Libyan Coast Guard, saying that this would cause “an increase in the number of irregular migration boat flows from the coasts of Tripoli.”