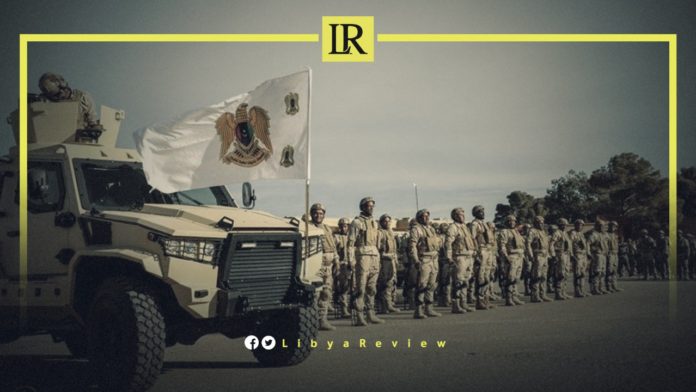 Following a recent wave of violence in Libya’s southern Fezzan region, a military committee of the Libyan National Army (LNA) chaired by LNA Chief of General Staff Abdel Razek Al-Nadori has ordered border patrols in southern Libya to expand their capacity of work in order to defend the country’s borders.

According to a statement by the LNA’s Media Division, the Committee underscored the need to boost the fighting efficiency of the armed forces’ units. It also mandated the establishment of additional unit training centres. According to the Media Division, new security checkpoints for LNA patrols would be established in the region.

Libya’s warring sides said on Friday they had reopened the main coastal road connecting western and eastern Libya, a key element of a ceasefire they agreed to last year that has involved months of negotiations.

The UN-backed 5+5 Joint Military Commission is comprised of military officials from the eastern-based Libyan National Army (LNA) and western-based forces that have supported several Tripoli-based governments.

The 1,800 kilometre highway links the capital of Tripoli in the west with the city of Benghazi in the east. It has been closed since April 2019 when LNA Commander Khalifa Haftar launched a military operation to capture Tripoli from the previous Government of National Accord (GNA).

Libya has witnessed positive developments in the last few months following a breakthrough after rival parties agreed on February 5 on a unified new executive authority that will govern Libya in the lead-up to national elections on December 24.

Libyans hope the new government will end years of civil war that have engulfed the country since the ouster and killing of long-time leader Muammar al-Gaddafi in 2011.