Why Has the Head of Libya’s Presidential Council Remained Silent About Withdrawal of Foreign Forces? 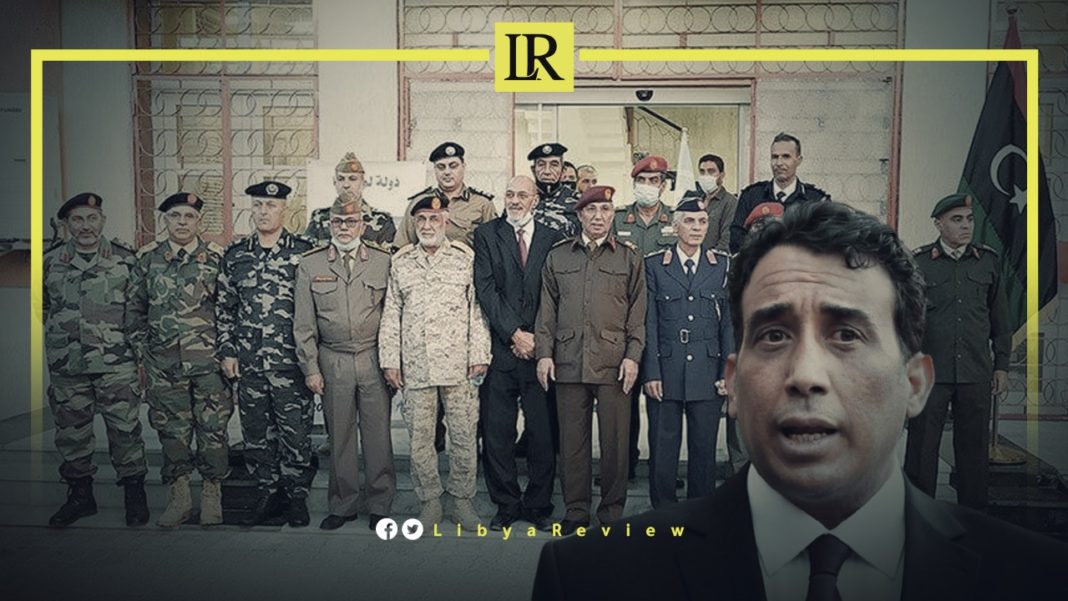 A few months after the appointment of Mohamed Al-Mnifi as head of the Libyan Presidential Council (PC), the Libyan people have become frustrated by his total silence over the demands for the departure of foreign forces from the country.

Libya’s 5+5 Joint Military Commission (JMC) recently called for a freezing of all military agreements concluded by the previous Government of National Accord (GNA). According to a number of Libyan analysts these agreements were a flimsy justification for foreign intervention in Libya, and opened the door for mercenaries and foreign forces to enter the country.

However, Al-Mnifi “Commander-in-Chief of the Libyan Army” has not issued any statements in support of the demands of the JMC, which called for the expulsion of all foreign forces from the country.

The commission called for the disarmament of all militias, and their integration into security institutions in accordance with Security Council resolutions.

Al-Mnifi’s silence has raised suspicions about his intentions & whether he actually has any authority. He has also ignored the statements of the military leaders, such as Osama Al-Juwaili, and Ghnewa Al-Kikli who publicly condemned the work of the JMC.

The Head of the PC has not taken any decisive steps to solve the crisis in Libya, and some analysts believe that his silence, along with the sensitivity of his position, has become a danger to the next stage in Libya.