Did the United States Really Bomb the Libyan National Army in Al-Watiya Base? 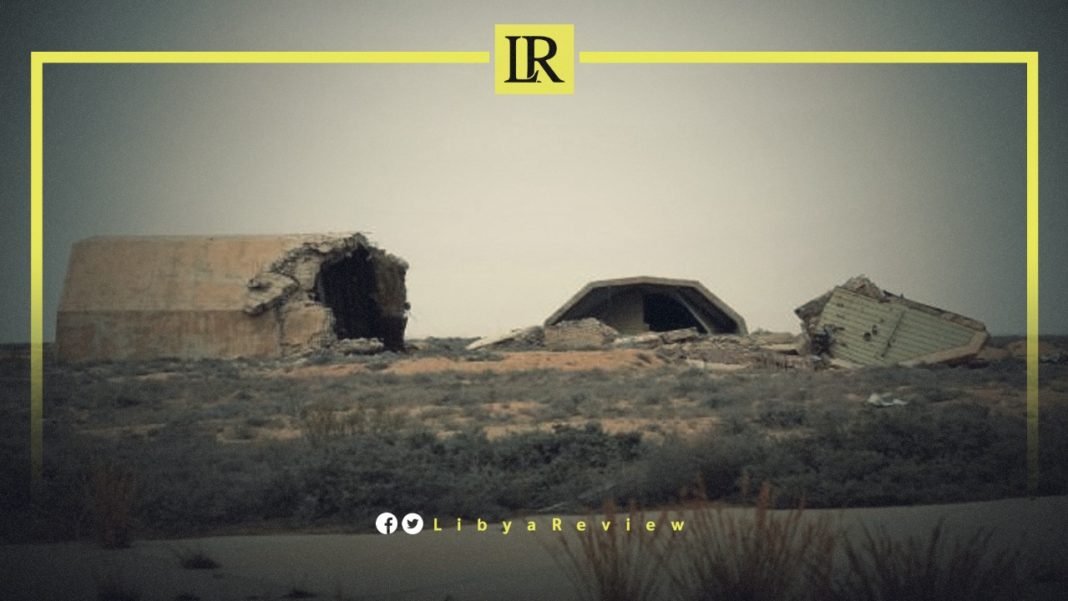 Libyan journalist, Mahmoud Al-Misrati, published a Facebook post, which largely flew under the radar, regarding the Libyan National Army (LNA)’s withdrawal from Tripoli.

In his post, the journalist claimed that he had spoken to Field Marshal Khalifa Haftar, the commander of the LNA, who told him that the U.S. Africa Command directly targeted LNA’s positions in Al Watiya, forcing its forces to leave the base and threatened with more airstrikes if the army did not totally withdraw from Tripoli.

This was an important statement which challenged the prevailing narrative that Turkish drones destroyed LNA’s Pantsir-S1 air-defense systems stationed at Al Watiya, something that ultimately caused the fall of the base. Al Watiya fall in May 2020 was a very crucial point in the war since it marked the beginning of the end of LNA’s campaign to capture Tripoli. Even though the post was published by some Libyan websites, it did not make international news.

Sources from the army did not deny the post but they made clear that this was not an official statement. However, Al-Misrati did not write something that was not already talked about in the city of Benghazi. Actually, across eastern Libya, rumors about American airstrikes against the LNA have been going on for quite some time.

“There are rumors that his (Haftar’s) air-defense systems were bombed” said a foreign official, while locals said that the airstrikes against the LNA were “suspiciously precise”.

The first official confirmation from the Libyan National Army, that indeed the United States AFRICOM targeted its forces, came from Admiral Faraj Al Mahdawi , who in an interview with pronews.gr, that was filmed in July but released a few days ago, stated that “The missiles came from American not from Turkish ships”, while adding that “The Americans bombed us in Al Watiya”.

Although, since the base is not under the LNA’s control, hard evidence cannot be found, there are strong indications that corroborate the Admiral’s version of the story.

Images and videos taken by GNA forces after the attack showed that a hangar made of steel-reinforced concrete had completely collapsed and smoke was still coming out of the destroyed Pantsir-S1 that was underneath the rubble. It is highly unlikely that Turkish drones caused that extensive damage with the light ammunition they carry.

This is evident by a video that was released by the Turkish air force, which showed drone strikes against other hangars in the base failing to do significant damage. Interestingly, the video never showed the strike that supposedly caused the collapse of the hangar.

Furthermore, the Libyan Foreign Ministry issued a statement two days after the fall of the base saying that “We condemn the brutal aggression on the Uqba bin Nafie Airbase (Al Watiya) by a Turkish frigate that entered Libyan territorial waters”.

“In theory, they could have hit the base with their anti-ship Harpoon missiles but it is highly unlikely”, said a former official of the Greek Ministry of Defense.

As a result, a cruise missile attack from an American ship seems a highly probable scenario. It is also worth noting that few days after the fall of Al Watiya, US AFRICOM issued a statement against Haftar, and few weeks after that, its leadership met with GNA’s leadership. Furthermore, an intact captured Pantsir-S1 from Al Watiya was transferred to the US Ramstein Air Base in Germany.

It is also obvious why the United States would want to keep their intervention on behalf of Turkey and the Tripoli government a secret, Greece, and France two of their NATO allies, had their interests greatly hurt by the actions of Ankara and Tripoli, for example, the illegal Turkish Libyan maritime zones agreement. At the same time, they both see Haftar as a stabilizing figure in the region.

There is no doubt that an open intervention against LNA from the United States would have caused significant tensions within NATO. After all, this is why American officials always try to publicly keep a neutral stance when talking about Libya.

Nevertheless, recently there seems to be some kind of rapprochement between the LNA and the United States, evident by the Haftar-Norland meeting in Cairo, maybe in Washington they took notice of the stability that Haftar has brought to eastern Libya, especially when compared with the western part of the country where constant fighting between militias remains the norm.

But with elections talks “stuck in the mud” and the new Government of National Unity failing to unite the institutions and to expel the foreign mercenaries from Libya, (Turkey has repeatedly refused to withdraw them), a new crisis seems to be just around the corner that will test not only the United States – LNA rapprochement but NATO’s cohesion itself.