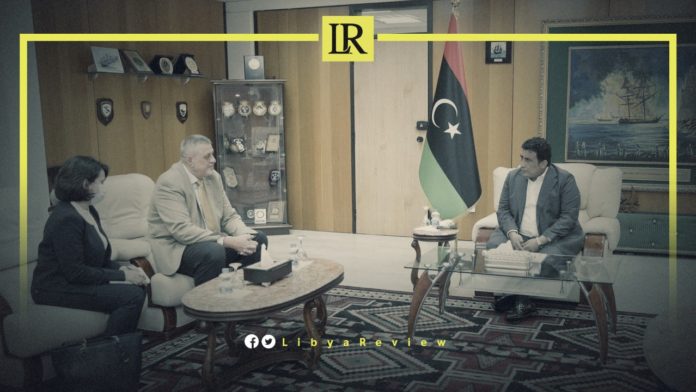 On Monday, the Head of the Libyan Presidential Council, Mohamed Al-Mnifi, met with the Head of the United Nations Support Mission in Libya (UNSMIL), Jan Kubis in Tripoli. They discussed the latest developments in Libya, national reconciliation efforts, and the issues facing the holding of the December elections as scheduled.

The two sides discussed the security situation in the country, and the ongoing coordination with neighbouring countries on joint security issues. Kubis praised the efforts of the Presidential Council in unifying state institutions, and laying the foundations for national reconciliation to achieve lasting stability in the country.

In his speech during the last virtual meeting of the Libyan Political Dialogue Forum (LPDF), on 11 August, Kubis announced his intention to travel to Libya to hold consultations with the main political parties and other concerned parties, after the forum failed to reach a consensus on the constitutional basis for the elections. He stated that he plans to hold another meeting with the LPDF, provided that the members of the forum express their willingness to work on reaching a compromise.