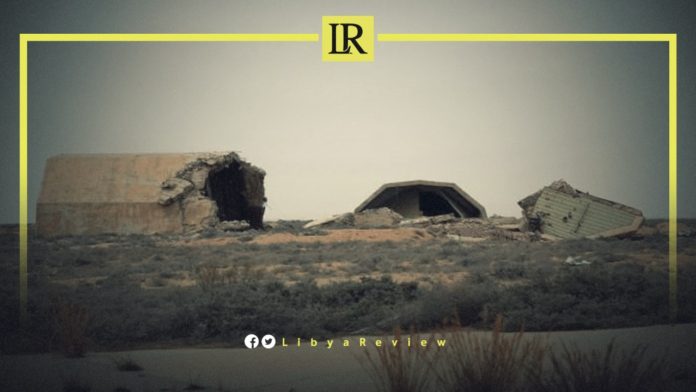 The Al-Watiyah base, located just 27 kilometers from the Tunisian border and 125 kilometers from Tripoli, is one of the few military bases that escaped destruction during the North Atlantic Treaty Organization’s (NATO) intervention in 2011. This is also why it is now considered one of the most important sites in Libya.

Today, for several months now, the Al-Watiya base, as well as the Mitiga base in Tripoli and the Libyan ports of Zawiyah, Tripoli, Misurata, and Khoms, have been operating under an extraterritorial regime. In other words, they have become Turkish territory.

In recent days, the Libyan journalist, Mahmoud Al-Misrati, published a post claiming that he had spoken to Field Marshal Khalifa Haftar, the commander of the Libyan National Army (LNA). Haftar told him that the United States (US) Africa Command (AFRICOM) directly targeted LNA’s positions in Al-Watiya. It is forcing the forces to leave the base and threatened it with more airstrikes if the army did not completely withdraw from Tripoli.

The fall of Al-Watiya in May 2020 was a very pivotal point in the Libyan war, as it marked the beginning of the end of the LNA’s campaign to liberate Tripoli.

The first official confirmation from the LNA, that indeed US AFRICOM targeted its forces, came from Admiral Faraj Al Mahdawi, who in an interview with pronews.gr, stated that “the missiles came from American not from Turkish ships”, while adding that “the Americans bombed us in Al-Watiya”. A cruise missile attack from a US ship seems like a highly probable scenario.

It was not the Turkish drones that defeated the LNA, but the US itself. Who then left the Turks with the task of occupying the base and strengthening their presence in it?

On August 22nd, Libyan newspapers reported that the Head of the Arab and International Police had written to the Libyan Interior Ministry, stating that the Tunisian Interpol informed him about the intention of 100 terrorists present at Al-Watiya base, to infiltrate Tunisia via Libya to carry out acts of sabotage.

Last month, Tunisian President, Kais Saied, made decisions to curb the Muslim Brotherhood group. Some press reports stated that the group intends to spread violence in Tunisia through Libya.

“Since 2011, the US has been opposed to the LNA, whether it was Gaddafi’s or Field Marshal Haftar.

In April 2019, the LNA launched an offensive on Tripoli to free it from the criminal militias, terrorists and the Muslim Brotherhood. The US could not launch a direct military interference, but it gave the green light to Turkish President Erdoğan to do so.

From 2019 to 2020 Al-Watiya was under the control of the LNA. The Turkish drones could not win the siege, while on the other side Tripoli was falling.

Hence, US AFRICOM decided to intervene by bombing the LNA-affiliated forces there, in addition to threatening Haftar with further bombing if he did not retreat. The base was bombed, the LNA retreated to Tarhuna, but it still was not sufficient for the US. The retreat was to last far to the East.

At this point Erdoğan took the base, turning it into a Turkish military base. Libyans are not allowed to enter unless the Turkish forces authorize them.

“Islamic State” (ISIS) and Al-Qaida terrorists have been present in Libya since 2011, but Erdoğan increased their numbers by supplying more ISIS militants among the Syrian mercenaries. Many of them are currently staying at the Al-Watiya base.

The plan is to infiltrate them and let them do their job: murders and terrorist attacks. Infiltrating from the border is very easy, since the military command of the border is run by Al-Namroush. He is a member of the Muslim Brotherhood in Libya and an ally of the Turks since he was defense minister in the previous government of Fayez Al-Sarraj.

The entire border between Tunisia and Libya is now controlled by militias.

Elections should be held in Libya on the 24th of December, the first since 2014. While the current government in Tripoli has been in office since last March, with the aim of enforcing the deadline, everything suggests that the elections will not be held. This is due to the obstruction of Turkey which fears that the elections (as already happened in 2014) will not be in favor of the Muslim Brotherhood. So much so that even Field Marshal Haftar from Benghazi had to appeal for the deadline to be met.