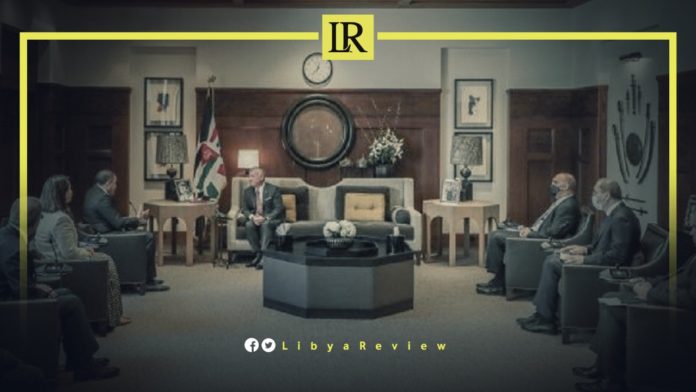 On Sunday, Jordan’s King Abdullah II reiterated his country’s strong support for Libya and all efforts aimed at protecting the country’s sovereignty.

This came during a meeting with Libyan Prime Minister, Abdelhamid Al-Dbaiba, at the Al Husseiniya Palace in Amman, where they discussed bilateral relations and ways to develop them, according to a statement by the Jordanian Royal Court.

During the meeting, King Abdullah II reaffirmed that Jordan stands with Libya and supports the political efforts that safeguard its unity, security, and stability, and fulfill the aspirations of its people.

The statement, however, did not give further details on Al-Dbaiba’s visit to Jordan.