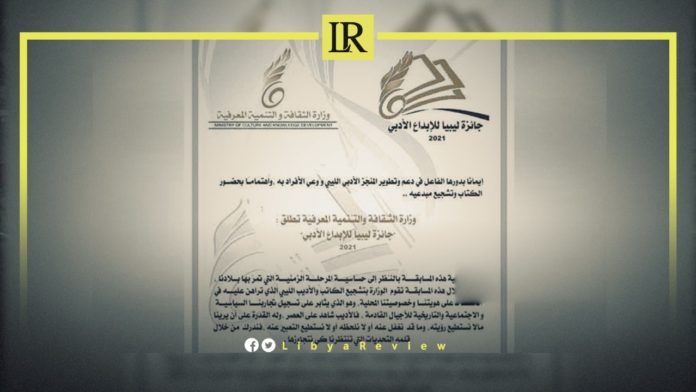 The Libyan Ministry of Culture and Knowledge Development extended the application period for participation in the Libya Prize for Literary Creativity, until October 1st 2021. It did this in response to several requests that reached the award committee, according to the Ministry’s published on its Facebook page on Friday.

The prize fields are the novel (manuscript – published), the short story, all kinds of eloquent poetry, theatrical text, and literary criticism.

Entries are accepted via email: cculturg1@gmail.com