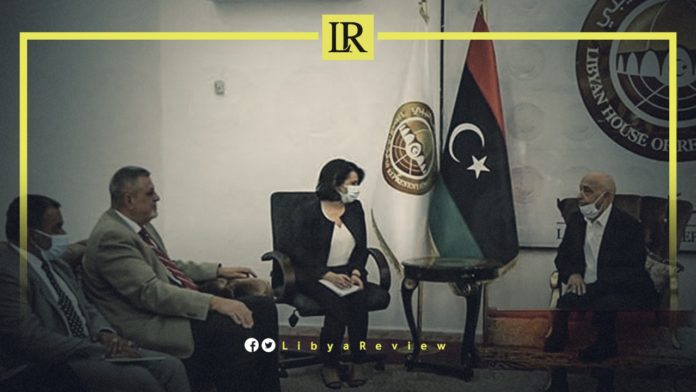 On Tuesday, Head of the United Nations Support Mission in Libya (UNSMIL), Jan Kubis held a meeting with the Speaker of Libyan Parliament, Ageela Saleh, at the Parliament’s headquarters in Tobruk. The two discussed the latest developments in the country.

Kubis’ visit to Tobruk comes as part of a series of consultations he began a few days ago with a number of Libyan officials to mobilise support for the Libyan Political Dialogue Forum (LPDF), to encourage its members to reach a consensus on the constitutional basis necessary for holding the elections.

Earlier today, the Parliament suspended its plenary session, which was scheduled to question the Prime Minister of Libya’s Government of National Unity (GNU), Abdel-Hamid Dbaiba, until Wednesday.

In March, Dbaiba was elected in a UN-sponsored inter-Libyan dialogue, the latest internationally backed bid to salvage the country from a decade of conflict and fragmented political fiefdoms.