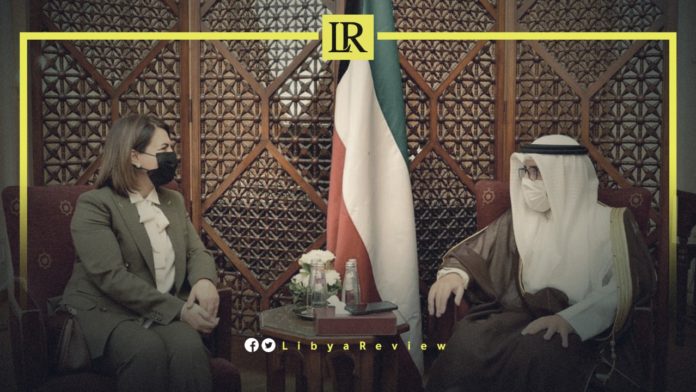 During the meeting, held on the sidelines of the consultative meeting of the Arab Foreign Ministers that kicked off ahead of the 156th session of the Arab League Council in Cairo, Sheikh Al-Sabah expressed his full support for Libya’s stabilisation and territorial integrity.

Al-Mangoush also presented her Kuwaiti counterpart, in his capacity as Chairman of the current session of the Arab League Council, with an overview of the Libya Stability Initiative, as the first purely Libyan initiative launched by the Government of National Unity (GNU).

She also voiced Libya’s intention to organise an international consultative conference in October, with the aim of setting appropriate mechanisms and practical procedures for the initiative, which aims to achieve the actual implementation of the outcomes of the Berlin I and II Conferences on Libya.

Notably, the meeting discussed a number of issues of mutual concern, and the convocation of the regular session of the Arab League Council at the ministerial level on Thursday.

The GNU, which took power in March, is tasked with brining together a country that has been torn apart by a nearly decade-long civil war, and prepare for general elections on 24 December.