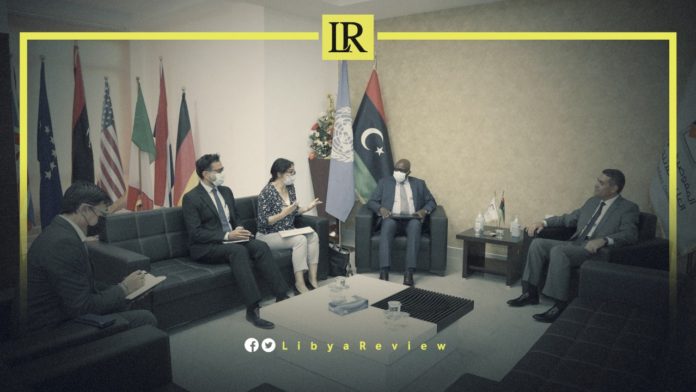 According to a statement by UNSMIL, Zenenga expressed the UN’s continued support for HNEC’s work. They discussed the next steps on technical preparations for the 24 December elections in Libya. They also discussed current developments as Libya’s legislative authorities prepare relevant electoral laws.

The UN Mission Coordinator congratulated HNEC on the successful completion of the voter registration process and noted the significant progress made by HNEC in enhancing the level of readiness for elections.

Days ago, former UN Envoy to Libya Ghassan Salame said that the “ruling authority” in Libya does not want elections to be held on time.

In an interview with the Al-Ghad television channel, Salame accused this “ruling authority” of obstructing the timely holding of elections.

“There is a political class present in certain positions in the government who is not in a hurry to put itself under the voter’s decision, and they are trying with all their might to postpone the date of the elections,” he said.

Salame explained that there are difficulties in implementing the roadmap set by the UN despite the promising progress.

“There is progress on various tracks in Libya, including the unification of the two governments, the opening of the Coastal Road, the resumption of domestic flights, and the exchange of prisoners,” he explained.

“The opinion polls that we conducted indicated that 80% of the Libyan people want the elections to be held on time. The Libyan citizen has the right to elect whoever he chooses directly,” the former envoy noted.