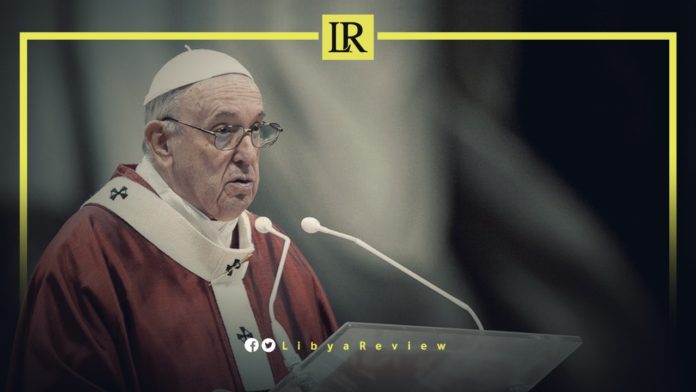 On Sunday, Pope Francis reiterated his appeal to end the practice of returning migrants rescued at sea to Libya, where they suffer “inhumane violence”.

He called on the international community to find concrete ways to manage migratory flows in the Mediterranean Sea, according to Vatican News.

The Pope described the detention facilities in Libya as “true concentration camps.” He affirmed that many of these men, women and children are subject to inhumane violence.

“How they suffer, those who are sent back,” the Pope said.

“I express my closeness to the thousands of migrants, refugees and others in need of protection in Libya,’’ Pope Francis said in remarks to the public in St. Peter’s Square. ”I never forget you, I hear your cry and I pray for you.”

“We need to stop sending back (migrants) to unsafe countries and to give priority to the saving of human lives at sea with regular protocols of rescue and disembarking, to guarantee them dignified conditions of life, alternatives to detention, regular paths of migration and access to asylum procedures,” the Pope said.

The Pope’s words come as dozens of migrants continue to die in the Mediterranean during their desperate attempts to reach Europe. Tens of thousands remain trapped in Libya with little to no hope of finding safe and legal pathways out.

Italy and Malta have come under criticism by human rights advocates for leaving migrants aboard crowded rescue boats before assigning them a safe port.

The United Nations High Commissioner for Refugees (UNHCR) Officials and human rights organizations have long denounced the conditions of detention centres for migrants in Libya, citing practices of beatings, rape and forms of torture and insufficient food.