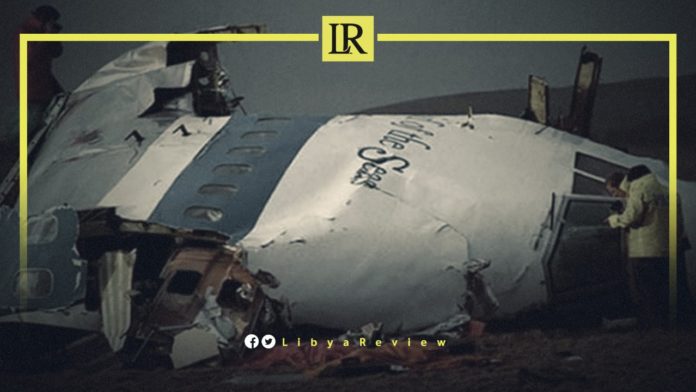 Libyan Foreign Minister, Najla Al-Mangoush said Libya could work with the US on extraditing a man wanted over the 1988 Lockerbie bombing.

Al-Mangoush told the BBC that “positive outcomes are coming” in the case of Abu Agila Mohamed Masud.

Masud is alleged to have been a top bomb-maker for former Libyan leader Muammar Gaddafi. He is a former Libyan intelligence official who is currently imprisoned on unrelated charges. He has been charged in the US with terrorism-related crimes, with officials claiming he helped build the bomb which downed the aircraft, and set the timer.

The FM said the Libyan government “understands the pain and sadness” of the victims’ families but “needs to respect the laws”. She added that the US and Libya were collaborating on the case, and it was progressing.

The deadly attack on Pan Am Flight 103 from London to New York killed 270 people, including 190 Americans. Of those who died, 35 were study-abroad students who were returning home for Christmas, while 11 were killed on the ground in the Scottish town.

Libya accepted responsibility in 2003, and paid compensation to the families.

The current Libyan government wants to maintain good relations with the US, and Washington hopes to have Masud extradited. The BBC’s Orla Guerin in Tripoli says the signs are that ultimately the suspect will be handed over.

Among bereaved relatives in the UK, there are questions and doubts. Some believe Iran was to blame for downing the plane not Libya, and the new charges are a smokescreen.