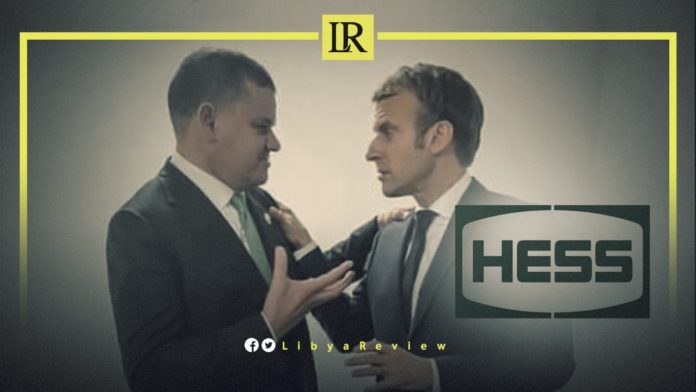 Libyan Members of Parliament (MPs) advised the Prime Minister of the Interim Government of National Unity (GNU), Abdelhamid Al-Dbaiba, against giving an 8.16% stake in the Waha Oil Company to the French oil giant of Total Energies Co.

A statement issued by 56 MPs stressed that the completion of this deal is “a violation of the powers of the interim government.”

“If this deal goes ahead, we will open an official investigation and take the necessary measures to stop the deal, protect the country’s wealth, and hold all those concerned accountable,” the MPs said in their statement issued on November 20th.

The MPs revealed that this deal will be signed this week by the Prime Minister, bypassing the Ministry of Oil and Gas. The Ministry is authorised to study, evaluate, and to refer it to the Cabinet if necessary to take the right action.

They indicated that this “sudden and ill-considered step” is a waste of oil, which is the main source of the Libyans’ income.

“Al-Waha Oil Company is one of the largest oil producing companies in the country, and possesses large exploration areas, which makes the value of the return on investment in such a percentage very high.”

In a leaked letter to the French Company, Al-Dbaiba has proposed joint acquisition of 8.16 % of Hess share in the Waha concession by Total Energies Co. alongside US-firm ConocoPhillips.

He urged the French company’s official to move promptly towards the execution of the transaction agreement to finalize the approval process.

This letter, dated November 9th, came just 3 days before the Paris conference, which was held on November 12th, which sources considered an attempt to change France’s support for the elections for a personal interest.

Well-informed sources said that the head of the Libyan National Oil Corporation (NOC), Mustafa Sanalla, who previously sold Marathon Oil’s minority stake in the Waha concessions for the French oil giant Total in 2019, is aware of the deal to sell Hess’ stake to the same company.

The leaked letter did not mention the total value of the deal, but Al-Dbaiba requested $45 million, saying that the government, represented by the Ministry of Oil and Gas would dedicate the proposed contribution to the infrastructure projects in relation to youth and sports.

It is not yet known whether Total has approved the deal it has been seeking since last April, but the French oil giant has fears of a legal controversy on this issue.

Notably, Total Energies Co. offered the deal last April but it did not receive any response from the Libyan state.

Libya has Africa’s largest proven oil reserves and relies on crude for most of its revenue, but it has been convulsed by violence since the 2011 overthrow of long-time leader Moammar Gaddafi. The conflict has caused repeated outages in oil supply.

The French giant, which has a long history of operating in Libya, is attempting to expand its influence in Libya’s upstream sector by boosting its share in the Waha oil concession.

Total Energies Co. has stakes in Waha, Sharara, Mabruk, and Al-Jurf in Libya. This is based on a tried-and-true methodology for the energy company, which has proven to be successful in seeking higher profits in risky places.

Libya’s oil sector is yearning for greater interest from international oil companies, as its recent production rebound has been hampered by a shortage of finances.