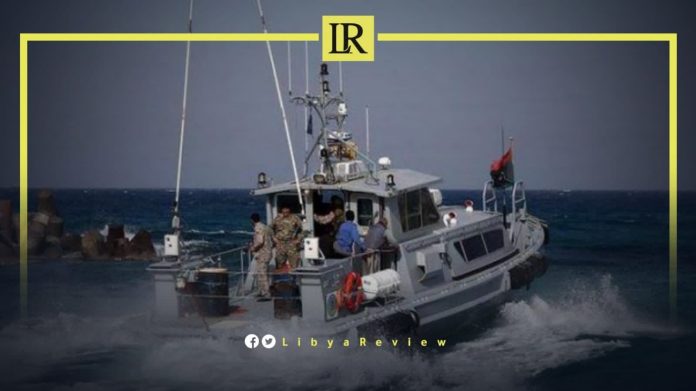 According to a report published by Avvenire Italian newspaper, there are links between the Libyan Coast Guards, oil pirates, and the Sicilian mafia

The Maltese fishing boat ‘Tremar’ at the Sicilian port of Mazara del Vallo, had set sail for Libya during Easter 2021. It was following the directions of a helicopter, looking for the survivors of a massive shipwreck.

After the recovery operation carried out by the ‘Mae Yemanje’, another ghost ship was spotted in the area with a double registration in Libya and Malta, and its name and code masked by blue paint. The Tremar fishing boat awaited instructions, while a third ship with water and food onboard for migrants, the ‘Salve Regina’, escorted the first.

The commander of the Tremar, Amer Abdelrazek, is the key man to connect the episode of the Easter Monday massacre and the Tremar fishing boat, to the network of alleged fuel smugglers on which the Catania Anti-Mafia District Directorate is investigating.

Gordon and Darren Debono, are two rival Maltese entrepreneurs and part of the same cartel active in the smuggling of hydrocarbons. European law enforcement agencies investigating Malta believe Abdelrazek to be a fuel smuggler, but make no mention of his role in human smuggling.

The man is connected in particular to Gordon Debono: between 2018 and 2019 the company Daha Oils & Gas, attributed to Abdelrazek, supplied the “Bonnie B”, one of the ships available to Debono and his collaborators. Moreover, the ship was designated as “of interest” by the UN Panel of Experts on Libya: as it showed suspicious routes – according to the UN investigators – which indicates it may be taking part in “illegal activities”.

In fact, Bonnie B is among the oil tankers traced by ‘Vento di Scirocco’, an anti-mafia investigation into Catania in January 2020.

Until the end of 2017, the ship was owned by an Italian entrepreneur, who tried unsuccessfully to do business with Gordon Debono. The Italian trader was not investigated as part of the Dirty Oil Operation, the first chapter of the Italian investigations on diesel smuggling dating back to 2017.

According to the prosecutor, Bonnie B was among the ships that a group of men close to the Mazzei clan, the branch of Cosa Nostra Etna, tried to use for their business. Judge Marina Rizzo reported in the preliminary custody order, that the organisation imported illegal petroleum products through the ‘mafia method’ to enforce itself. The mafia method in Sicily, is not available to everyone.

Daha Oils & Gas appears on the partner list of “Pak Maritime & Shipping Services Ltd”, a shipping company based in Lagos, Nigeria. In 2015, the Greek Shipowners’ Association had sold 40 ships to Nigeria to power a fleet of local companies. Notably, there are reportedly not enough oil tankers to transport hydrocarbons and other petroleum products from Nigeria.

Bonnie B is not the only oil tankers involved in operations off Libya’s western coast, especially near Abu Kammash. The Libyan Coast Guard states that it seizes ships that are “always managed by Greek shipping companies registered in Nigeria.” Their end user is again, the Maltese trader Gordon Debono or someone associated with him, as reconstructed by the various surveys. Debono’s name itself appears in very rare exceptions. Reliance on Greek shipowners with Nigerian companies and ships that, should move in the context of the Gulf of Guinea, seem to be a way to increase the level of opacity in the vessels’ chain of command.

The Dirty Oil investigation in 2017, brought to light the level of conflict between Gordon and Darren Debono. As the former attempted to expand his supply network to eastern Libya, Darren used his contacts between the western cities of Al-Zawiya and Zuwara to employ the local Coast Guard to stop his rival’s ships.

Notably, the Commander of the Al-Zawiya Coast Guard is the wanted Officer Abdel-Rahman Milad, (Al-Bija) who in 2017, while under investigation by the Catania Anti-Mafia Directorate received an entry visa to Italy to carry out private meetings.

An ex-Leutenant Police Officer said that the Coast Guard robs intercepted migrants and refugees of all their possessions, before handing them over to someone else.

“Those that can be squeezed for more cash are returned to detention centres, while the more impoverished are sent to state-run Libyan prisons,” he said. “The government is not happy about that, but the Libyan Coast Guard separates them,” he added.

He described it as a circular business where everyone takes a cut from the victim. A smuggler first collects money from the families of those detained, then pays those running the detention center a fee for their release.

“The smugglers notify the Coast Guard of the pending trip, and then buy outboard motors and boats from them. Many of these boats are being recycled between the two,” he said, noting they have taken control of all the major ports in north-west Libya.

Among them is Zuwara, which has become the main coastal trafficking hub in Libya, according to Vincent Cochetel, the UNHCR special envoy for the central Mediterranean.

“Traffickers there enjoy total impunity & sell death trip to migrants & refugees with no other option in Libya,” he said in a tweet. This came after some 43 people went missing after departing from Zuwara.