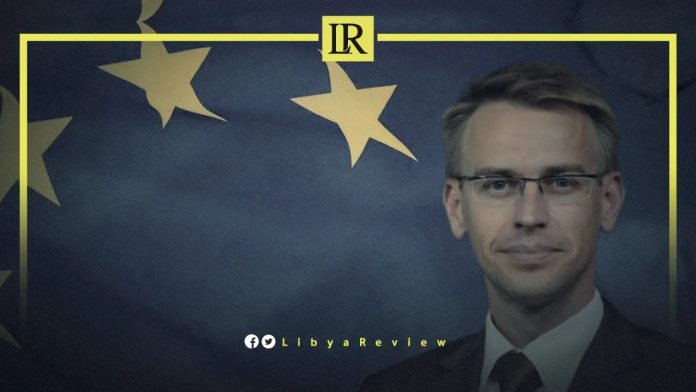 On Tuesday, European Commission (EU) Spokesman, Peter Stano said that the European Union is not funding any militias in Libya. He stressed that the union isn’t channelling funds to any of the armed groups in the country.

“The nature of our cooperation with the Libyan Coast Guard is to save lives, to provide equipment and training in order to be able to save people in their territorial borders,” Stano said when asked about reports claiming otherwise.

A report was recently published saying that migrants trying to cross the Mediterranean from Libya are being held in secret prisons. It added that the EU, tired of waves of African migrants, had set up a secret system to arrest them before they crossed to Europe, sending them to detention centers run by armed militias. These prisons are temporary stores located on the highway in Ghot Al-Shaal, a poor neighbourhood in Tripoli.

An Italian report claimed that EU member states tend to collude with the Libyan Coast Guard on human trafficking. “Immigration is being manipulated as a powerful political card, as governments foment racism and xenophobia, and the result is a widespread forgetting of the policies that created refugees and failed states,” the report added.

It criticized the approval of the Italian House of Representatives, in mid-July, to renew support for the Libyan Coast Guard. This is despite the fact that several NGO’s urged the authorities to stop funding the human trafficking network that rules the country.