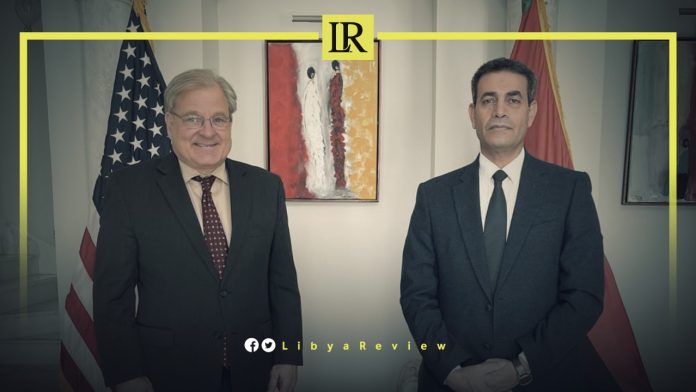 On Thursday, the Head of Libya’s High National Elections Commission (HNEC), Emad Al-Sayeh met with the US Ambassador to Libya, Richard Norland in Tunis. During the talks, Norland reiterated the United States’ support for Libya’s elections, voicing his confidence in HNEC’s ability to deliver free and fair election results.

“In a meeting with HNEC’s Dr. Sayeh today in Tunis, I reiterated US support for elections and our confidence in HNEC’s ability to deliver free and fair election results,” the US Ambassador tweeted.

He also reiterated Washington’s partnership with HNEC, as it fulfils its mandate to allow Libyans to “exercise their sovereign right to choose their leaders through fair and transparent elections.”

Notably, Libya is less than 10-days from Presidential elections seen as crucial to ending its long-running civil war. The final list of candidates vying for the highest seat of power in the country has not yet been announced.

The first round of the Presidential elections will be held on 24 December. The second round, as well as the Parliamentary elections, are set to take place 50 days later. The final results will be announced simultaneously.

Deep political divisions threaten to provoke a delay or even renew violence given the bitter divisions over the legal basis for the elections, their dates, and the eligibility of candidates after a string of controversial figures stepped forward.

A recent statement on the HNEC website said it must adopt a series of judicial and legal measures, “before proceeding to the publication of the definitive list of candidates and the start of their electoral campaign”. It added that success of the electoral process cannot be borne solely by the elections commission, “since the results will cast a shadow over the present and future of the country”.

The commission said it is being careful not to limit its role to implementing the law, but ensuring that its functions extend to the “correct interpretation of the law.”