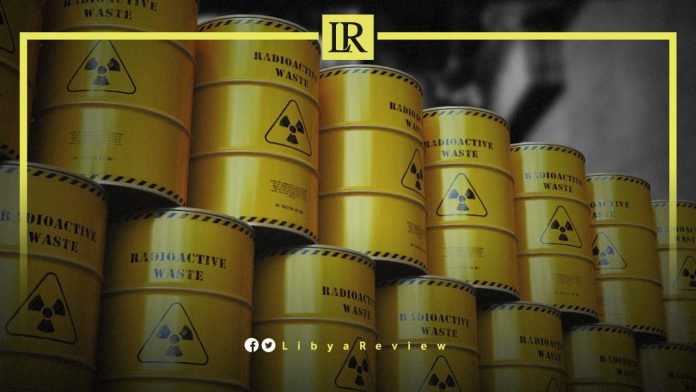 A delegation of the Libyan House of Representatives (HoR) participated in the in the United Nations Climate Change Conference (COP26) parliamentary meeting, which was held in Glasgow, the United Kingdom a few days ago. The delegation stressed the necessity to initiate international law regarding the criminalisation of the transfer of potentially dangerous nuclear waste to developing countries and those currently experiencing armed conflicts.

They also denounced the illegal dumping of nuclear waste by some industrialised countries in third-world countries, which constitutes an international crime.

The Libyan delegation presented a paper on the role of parliaments in collecting climate finance and the possibility of reaching vulnerable countries to fund support missions, particularly following the onset of the COVID-19 pandemic.

They also called for a unified position regarding the necessity of criminalising the transfer and dumping of nuclear waste in developing countries, especially Libya in order to limit the catastrophic effects on humanity.

The delegation noted that this is a shared responsibility between parliaments and international organisations, and a humanitarian duty on them to put an end to such criminal act.

This is not the first time that Tripoli accused Western countries of dumping nuclear waste near its coasts. Libya previously accused Israel of making it a landfill for its nuclear waste in 2013, but the issue was marginalised due to the crisis that swept the country.

Notably, nuclear waste is scientifically defined as “radioactive materials left by nuclear reactors that produce large amounts of energy resulting from nuclear fission processes. These wastes are extremely dangerous as they are of a radioactive nature, constituting the greatest source of harm to humans and the environment.”

Given the grave negative and destructive consequences of dumping this waste, it needs a special strategy to deal with it, according to the International International Atomic Energy Agency (IAEA). The IAEA says that “before choosing a waste treatment strategy, it is necessary to know well the source of waste and its generation rate, as well as its quantities and characteristics, especially with regard to its physical, chemical and radiological properties of waste.”