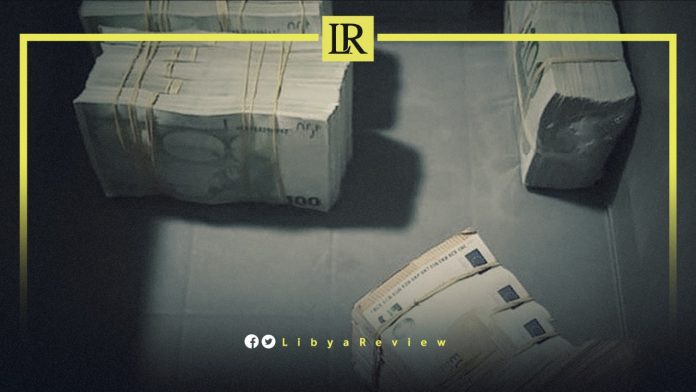 On Sunday, the Internal Security Agency (ISA) managed to thwart a smuggling attempt of foreign currency, estimated at € 326,500, to Turkey through Tripoli-based Mitiga airport.

In a statement, the security agency said that four Libyan travellers were apprehended at the airport and all seized money was confiscated before being smuggled to Turkey.

This comes as part of the country’s security services’ continuous efforts to combat the crimes of smuggling foreign currency outside the country.

The agency said that it had taken legal measures against them, and referred them to the competent authorities. It confirmed that it was “ready and vigilant” to stop smugglers.

Last month, the ISA thwarted an attempt to smuggle €252,400 on an Afriqiyah Airways flight bound for Turkey.

The agency explained that the currency was seized from two Libyan nationals. He was in possession of €143,400 euros, and with the other holding $109,000.

It had also foiled two smuggling operations of €378,000, at Mitiga Airport in Tripoli, and Misrata.

During the inspection of passengers’ bags at Mitiga International Airport, the ISA discovered €179,200 with passengers travelling on flight 970 bound for Istanbul.

On 7 October, the Customs Department at Misrata Airport managed to thwart an attempt to smuggle €3.720 million (22 million LYD) to Turkey.

The authorities claim they do not know the total amount of the funds that were “looted and smuggled” abroad. Furthermore, the authorities have not revealed the amount of smuggled assets in official reports.

The years of intense chaos and corruption caused the previous United Nations (UN) Special Envoy to Libya, Ghassan Salamé to reveal the rampant financial corruption in Libya, and confirm its existence.

“There is a new millionaire every day in the country, and the middle class is shrinking day by day” Salamé noted. “The political class”, he added, “is shamefully corrupt and fortunes collected from political ranks are being invested abroad. Politicians in Libya seize public money and invest it overseas.”