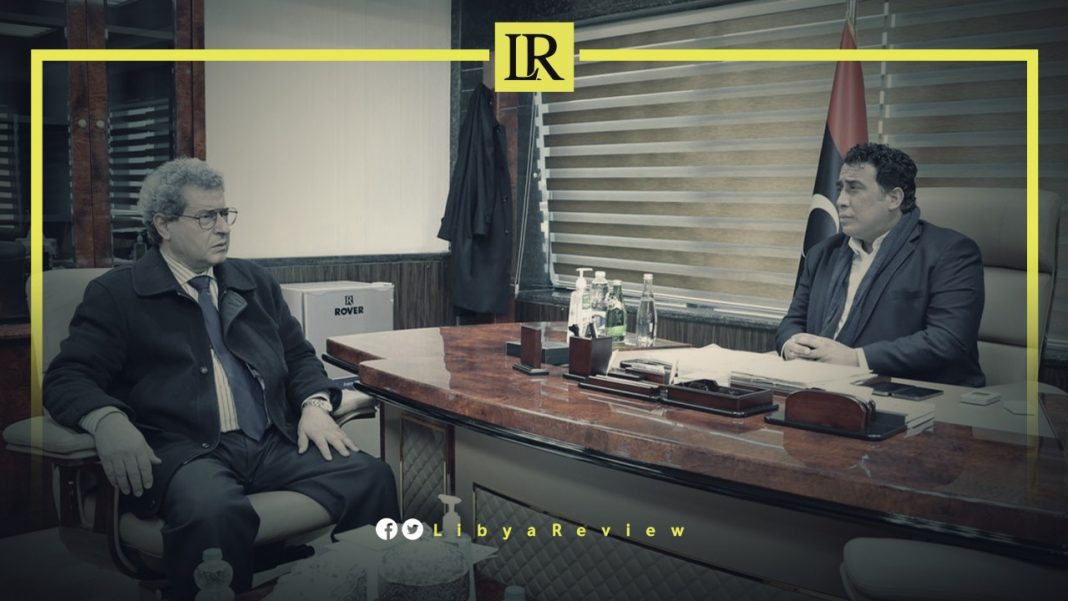 The Head of Libya’s Presidential Council, Mohamed Al-Mnifi met with the Minister of Oil and Gas, Mohamed Aoun. The two parties stressed the need to solve the problems facing the oil and gas sector in Libya.

They also touched on the current rate of production, the obstacles impeding its rise, and the improvement of the sector.

On Friday, several tribes warned the government that they would halt oil exports if they did not pay the salaries of the Libyan National Army (LNA).

The tribes in the cities of Sidra and Ras Lanuf, said in a statement that they would take escalatory steps if the government did not respond to their “legitimate” demands.

They noted that they are giving Prime Minister, Abdel-Hamid Dbaiba until next Sunday to pay the salaries, “otherwise, the export of oil from their areas will be stopped.”

In a statement, the CBL said that it had received $22.9 billion in foreign currency in 2021 and spent $24.5 billion, covering the difference from its own reserves.

The bank added that the spending system in 2021 was based on the 1/12 law regarding the unified spending for all sectors nationwide. This takes into account the impact of the exchange rate adjustment on spending items, according to the Cabinet decision No. 429 in 2021.