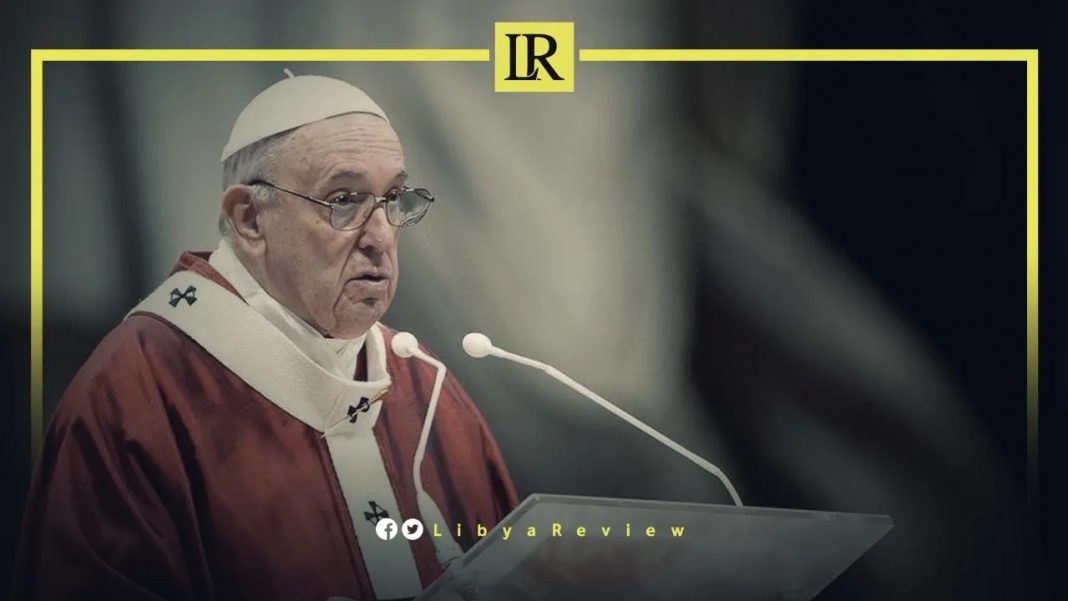 On Saturday, Pope Francis denounced the “sordid agreements” the European Union (EU) made with Libya to turn back migrants. He said Europe must show humanity in welcoming them.

After his arrival in Malta, Pope Francis called for the Mediterranean to be a “theater of solidarity, not the harbinger of a tragic shipwreck of civilization.”

Pope Francis was referring to the seven-year-old EU program to train Libya’s coast guard. This coast guard patrols the Libyan coast for migrant smuggling operations and brings the would-be refugees back to shore, according to the Associated Press (AP).

The program was adopted and strongly backed by Italy and other front-line Mediterranean countries to try to stem the flow of hundreds of thousands of migrants who pay Libyan-based smugglers to cross the Mediterranean to Europe.

Human rights groups have condemned the EU-funded program as a violation of the migrants’ rights and documented gross abuses in the detention camps where returned migrants are then held. Just this past week, Germany said its military would no longer provide training to the Libyan coast guard given its “unacceptable,” and in some cases illegal, treatment of migrants.

Pope Francis has condemned the Libyan detention facilities as concentration camps, but he went further on Saturday in shaming the EU for its complicity in the abuses committed.

“Civilized countries cannot approve for their own interest sordid agreements with criminals who enslave other human beings,” he said.

“Today, when those who cross the Mediterranean in search of salvation are met with fear and the narrative of ‘invasion,’ and safeguarding one’s own security at any price seems to be the primary goal, let us help one another not to view the migrant as a threat and not to yield to the temptation of raising drawbridges and erecting walls,” he said.

“Other people are not a virus from which we need to be protected, but persons to be accepted,” he added.

Malta has long been on the front lines of the flow of migrants and refugees across the Mediterranean. It has frequently called upon its European neighbours to shoulder more of the burden.