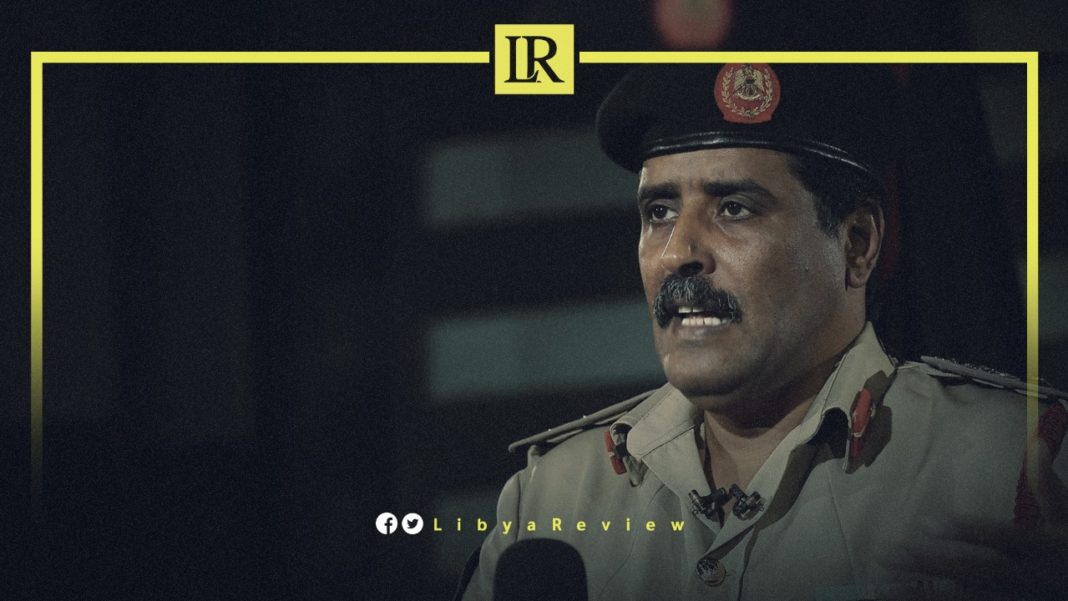 On Wednesday, Spokesman for the Libyan National Army (LNA), Major General Ahmed Al-Mismari claimed that there is a “malicious war targeting the army,” aimed at undermining the confidence of the army’s forces in their commanders.

In statements to Al-Ittihad newspaper, Al-Mismari added that army units are patrolling the desert to combat terrorist organizations, and cross-border criminal gangs.

He confirmed that the Military Accounts Department have ordered the release of salaries for January and February for all army personnel. This was based on orders issued by the Ministry of Finance to the Central Bank of Libya (CBL), at the end of March.

“The bank referred the transaction to the Audit Bureau, which obstructed the exchange procedures.” He described it as “a legal and administrative violation” and “outside the jurisdiction of the Audit Bureau.”

Al-Mismari concluded by saying that the “Muslim Brotherhood organisation and the Libyan Islamic Fighting Group control a large number of state institutions in Tripoli, and most of them are controlled by extremist groups.”

On Saturday, LNA representatives in the 5+5 Joint Military Committee (JMC), announced the suspension of their work in the committee.

The commission accused the government in Tripoli of failing to comply with the decisions of the Libyan Parliament. This included refusing to hand over power to the new Government of National Stability, and the looting of public money.

They also accused Prime Minister, Abdel-Hamid Dbaiba of reneging on his vows not to run in the elections, financial corruption, looting of public money, and his family’s dominance over government decisions.

The statement denounced the failure to name a Defence Minister, and condemned the continued suspension of the salaries of military personnel, which “is a violation of the political agreement and human rights.”