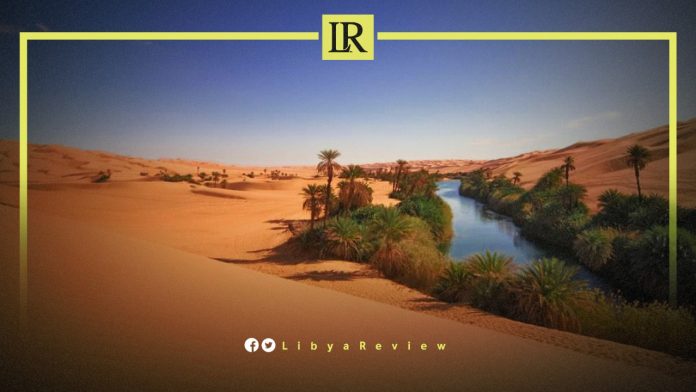 Libya has been classified among countries less prepared for climate hazards. The conflict has left the country vulnerable to climate variability, because of its low adaptive capacity. This is likely to increase the impacts of natural hazards on agricultural production.

In a report issued by the International Committee of the Red Cross (ICRC), the limited renewable water resources, coupled with drought and poor soil, severely limit production. This has forced the country to import about 75% of the food required to meet local needs.

Productive and sustainable farming is one of the most powerful tools to end extreme poverty, but the Libyan conflict has eroded these efforts. As well as forcing many farmers to flee their homes, and abandon their lands.

Climate change is subjecting Libya to extreme climate events, such as increased and more severe sand and dust storms, droughts, and increased temperatures. Years of renewed conflicts have weakened the country’s capacity to adapt. Resources needed to mitigate climate risks are being shifted to deal with short and long-term consequences of the conflict.

In a country where under 2% of the land is arable, more farmers are abandoning their farms amidst the scarcity of water resources. At the same time, yields of rainfed agriculture are severely low due to droughts.

The rainfall intensity often causes flooding on roads and streets within city centers. Occasionally, floods lead to loss of life, significant economic damage, and loss of crops. Flood damage is aggravated by Libya’s damaged or destroyed drainage infrastructure. An increase in floods might increase the rate of coastal erosion, affecting infrastructure along the coast. It also risks increasing saline intrusion, affecting groundwater and soil productivity.

The ICRC is working with the Misrata Agriculture Research Center and the Faculty of Agriculture at Misrata University. This is to enable vulnerable rural communities affected by conflict, or host displaced people to improve their food production, create a stable economic security environment, and sustainable livelihood opportunities in the long term.